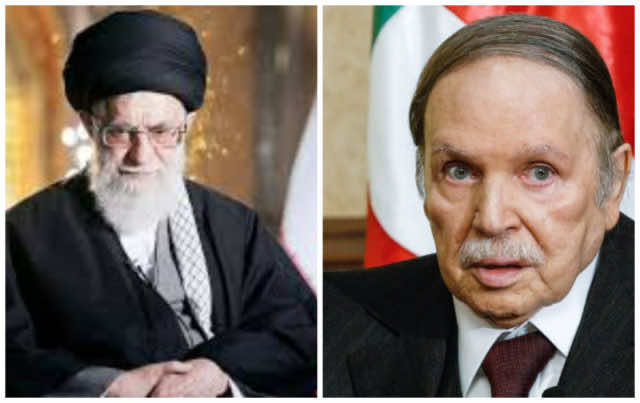 By
Hassan Masiky
-
Hassan Masiky was born in Kenitra, Morocco, and is based in Washington as a blogger and freelance writer.
May 8, 2018
Spread the love

According to the well-connected French journalist François Soudan, the source of the crisis between Rabat and Tehran is Hezbollah’s new covert operations in Algeria to retaliate against Morocco’s decision to arrest Beirut financier Kassim Tajideen in behest of the Americans.

According to Reuters quoting a source in Rabat, “Tajideen was arrested on March 12 at Casablanca airport on an arrest warrant issued two days earlier by Interpol’s Washington office for alleged fraud, money laundering and financing of terrorist activities”. He was subsequently extradited to the United States.

“Tajideen and his brothers, Ali and Husayn, lead a family business that has dominated poultry and rice markets, amassed real estate, and is reportedly active in construction and diamonds in Lebanon, the United Arab Emirates and western Africa, where Tajideen settled in Sierra Leone with his family in 1976. The three brothers were added to the U.S. government’s terrorism sanctions list in 2009 and 2010 for their prominent support of Hezbollah”, according to the Washington Post.

However, the souring of relations between the Shi’a militia began earlier, after news stories of a visit of high-ranking Polisario representatives to East Beirut emerged in the Lebanese press.  Iran, not too happy with the Morocco’s close relations with its arch-rival Saudi Arabia, decided to reach out and endorse the Algeria backed Polisario fighting the Moroccans in Western Sahara.

The Hezbollah’s overtures did not stay political. Right after the arrest of Tajideen, the Shi’a militia elevated their assistance by sending surface-to-air missiles (SAMs) and military advisers to the Algerian desert to upgrade Polisario’ s military capabilities against the Moroccan Air Force.

Hence, Mr. Nasser Bourita, Morocco’s Minister of Foreign Affairs, visit to Teheran was not to inform the Iranian of the Kingdom’s decision to cut ties but rather a chance for Iran’s Minster of foreign affairs to explain Hezbollah actions in Algeria.

Mr. Javad Zarif’s silence on the activities of his embassy in Algiers was an endorsement of Hezbollah’s hostile conducts in Algeria. Mr. Bourita complained specifically about the anti-Morocco activity of Iranian diplomat Amir Moussaoui known for his intelligence work for Hezbollah in Algiers. Rabat had no choice but to close its Embassy in Tehran.

It is true that the Lebanese Shi’a movement operates in area where Shi’a population live and tend to stay away from inter-Arab conflicts unless its interests are threatened. Nevertheless, Morocco’s decision to arrest a Hezbollah operative and extradite him to the U.S. put Rabat on the militia’s hit list.

This new diplomatic crisis between Rabat and Tehran is different from previous ones. It is not about Shi’ite proselytizing or a plot to export the Iranian revolution, it centers rather on a specific plan by Hezbollah to use the Polisario militia to extract revenge on Morocco for its decision to transfer a Shi’ite banker to the US.

The news of Hezbollah’s plots to use Algerian territory to destabilize Morocco came as a surprise to many Algerians, even though the Algerian military is the chief patron of the Polisario that has been waging a war against Morocco for years. The fact that Lebanese nationals used the Iranian embassy in Algiers to send money and weapons to the Sahrawi separatists sounded the alarm among ordinary Algerians who always suspect Iran’s’ true motives in North Africa.

Numerous analysts continue to qualify Morocco’s action as a product of Saudi pressure. Yet, recent news reports in media close to the Moroccan Ministry of foreign affairs clearly show that the decision was a  response to Hezbollah ’s hostile actions directed by Iranian operatives from Algeria to destabilize the Kingdom.