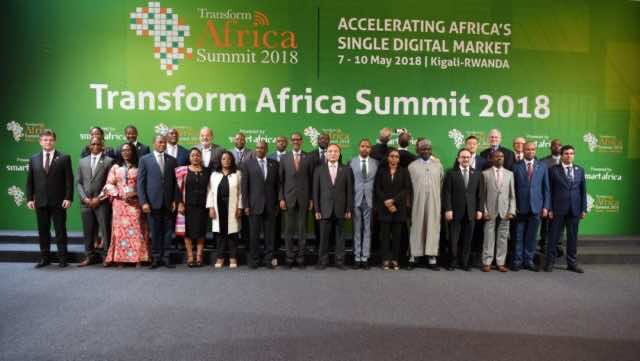 The summit, which kicked off on Monday, welcomes over 4,000 delegates from 75 countries—most of them African—to discuss economic trends and promote policies and regulations needed to propel the continent in the global “ongoing digital revolution.”

According to organizers, the theme, “Accelerating Africa’s Single Digital Market,” will entail the promotion of intra-African exchanges by establishing seamless communication channels among African countries.

Speaking to the press prior to the event’s opening economic forum on Monday, Jean-Philbert Nsengimana, special advisor to the executive secretary of Smart Africa, said that this year’s summit is different, as it puts an emphasis on the efficient use of information and communications technology (ICT) to promote life-transforming businesses on the continent.

As crypto-currencies and cybercrimes are on the rise globally, many of the panelists who spoke at the summit underscored the importance of interconnectivity and integrated response capabilities to face continental challenges. Harmonizing policies and cooperating on tech innovations, they emphasized, will help facilitate the continent’s economic integration.

Amrote Abdella, Microsoft 4Afrika’s general manager, called Big Data the “new oil,” saying that ICT are more than ever needed to support sustainable development at national and continental levels. “It’s instrumental to get the right policies in place to make the single digital market a reality…how do we build capacities and right skills as well as enabling environment for the youth, startups and entrepreneurs to thrive and become globally competitive? Technology plays a critical role.”

Throughout the discussions, the shared sentiment among the continent’s ICT stakeholders was that policies should be implemented to allow technological innovations to drive the continent’s socio-economic transformation.

President Paul Kagame, the African Union’s incumbent chairman, who was also present at the economic forum, echoed the same sentiment. President Kagame called for a more digitally-connected Africa, arguing that free movement and free enterprise can only materialize when communication channels are functional and effective.

“We want free trade in Africa. But who trades? Business people. It’s time for our people to start trading freely across the continent as Citizens of the continent. This is why we need free movement of goods, people, services and capital,” he said.

The summit is set to end on Thursday.