Rabat - Romeo and Juliet like you’ve never seen it before. From May 11-13 the public of Rabat will have the opportunity to discover the most tragic play of Shakespeare in the form of ballet, performed in the National Theater Mohammed V. 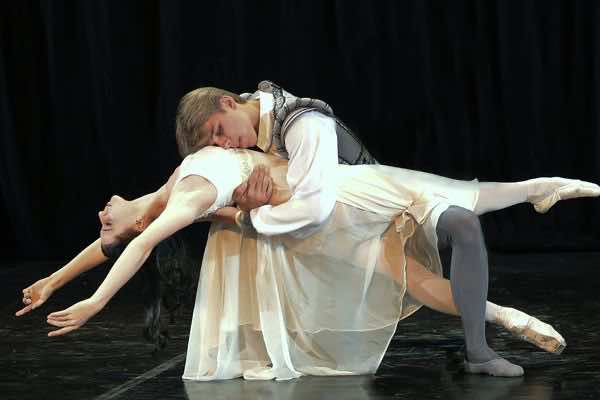 Rabat – Romeo and Juliet like you’ve never seen it before. From May 11-13 the public of Rabat will have the opportunity to discover the most tragic play of Shakespeare in the form of ballet, performed in the National Theater Mohammed V.

Prokofiev’s two-act ballet, written in 1935 and based on Shakespeare’s play, is one of the major works of the Russian composer. OPM’s ballet will be presented in partnership with the Yacobson Ballet, the first independent Russian troupe founded in 1969.

The revised Shakespearean tragedy now takes place in a theater where a quarrel is raging between two dynasties of actors.

Prokofiev’s ballet focuses on the opposition between classical and modern styles, between tradition and innovation, between the search for a new perspective and the desire to perfect established standards; he unfolds a conflict arising from love and a struggle between ideas and ego.

The OPM is a nonprofit association created in 1996, which aims to introduce all forms of classical music to the public in Morocco. With this in mind, the OPM has been producing one opera a year since 2000.

Last year, the OPM expanded its experience of performing arts by offering an operetta, “The Merry Widow” by Franz Lehart.