Rabat - Moroccan Juventus defender Mehdi Benatia is very proud of his exploits during the final game of the Italian Football league. The national team captain won his second Italian Cup with Juventus. 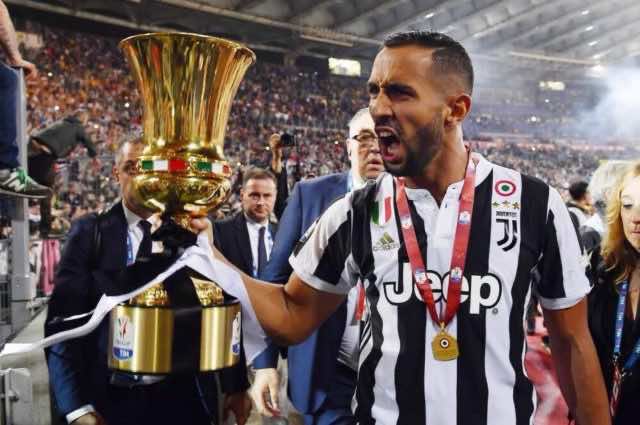 Rabat – Moroccan Juventus defender Mehdi Benatia is very proud of his exploits during the final game of the Italian Football league. The national team captain won his second Italian Cup with Juventus.

The French-Moroccan international player scored for first goal in the 55th minute of the match.

Benatia scored his second goal in the 63rd minute. Taking advantage of the bouncing off the Rossoneri goalkeeper, the captain of Morocco’s national team scored at close range.

The 31-year-old player expressed his joy by sharing a picture of himself holding the cup on social media. “What a night! I’m so proud to be a part of this team,” he wrote.

Wednesday wasn’t Benatia’s first Italian Cup win. In 2017, the Atlas Lion defeated Crotone with a 3-0 victory. He celebrated the winby proudly carrying the Moroccan flag around his shoulders.

Benatia’s skills have not gone unnoticed. Earlier this week, Olympique Marseille (OM), which has long shown interest in the defender, has sent recruiters to negotiate with Juventus for the summer transfer window.

The French manager of OM, Rudi Garcia, asked for the Juventus defender, remembering his collaboration with AS Roma a few years ago when he was Benatia’s coach. In order to recruit Benatia, OM will have to spend more than EUR 25 million.

However, Benatia and Juventus seem to be in a good place now. Beppe Marotta, sports director at Juventus, isn’t ready to give up on his defender and shot down rumors of a transfer, saying the French-Moroccan sensation isn’t going anywhere.