Rabat- El Othmani and Lahcen Daoudi have joined the list of government officials speaking out on the boycott campaign. 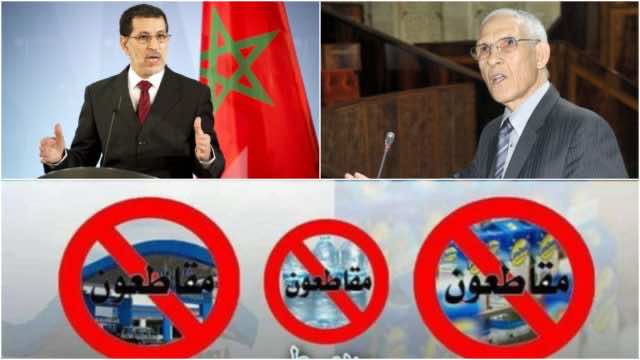 By
Ahlam Ben Saga
-
Ahlam Ben Saga is a Cultural Studies graduate from university Mohammed V of Literature and Humanities in Rabat.
May 10, 2018
Spread the love

Rabat- El Othmani and Lahcen Daoudi have joined the list of government officials speaking out on the boycott campaign.

In a statement to the media following a May 7 meeting between The Party of Progress and Socialism (PPS) and Justice and Development Party (PJD), El Othmani demonstrated his concern about workers, particularly small farmers working for Centrale Danone.

El Othmani said there are “120,000 farmers, 80 percent of whom are small farmers working for this establishment [Centrale]…we are worried about their situation and are thinking of means to support them during this hard time which will impact them into the future.”

At the same time, El Othmani slammed accusations that the PJD party was the mastermind behind the campaign, saying: “We do not know who speculates these accusations…for this reason we will not answer to these anonymous [groups].”

In a speech during Parliament session on Monday, May 7, Minister Delegate to the Head of Government for General Affairs and Governance Lahcen Daoudi said that while the reasons behind the boycott can be justified, it will certainly come with a price, not only at the expense of the kingdom’s reputation but also a loss of foreign economic investments.

Daoudi pointed out the consequences forced on the families of thousands of Centrale employees, reminding the public that the company is not Moroccan but is a subsidiary of French multinational company Danone, which may not hesitate to leave the country.

Daoudi added that the previous remarks made by some ministers do not define the government’s stance on the boycott.

Before Daoudi and El Othmani spoke out, Minister of Agriculture Aziz Akhannouch, owner of boycotted gasoline company Afriquia, also warned of the campaign’s consequences for Centrale employees, stating that the campaign cannot stop 470,000 dairy workers from doing their jobs.

Under the slogans “Say No to High Prices,” and “Let it Spoil,” young protesters first launched the campaign on Twitter and Facebook April 20. Since then, the boycott has come to embody unified Moroccan citizens speaking out against rising commodity prices.