Rabat - Youssouf Hadji has made up his mind. The 38-year-old Moroccan soccer player, who is currently playing for the French club AS Nancy-Lorraine, will retire at the end of the season, according to France Football. 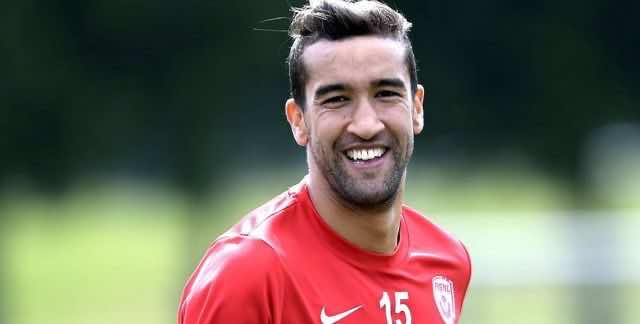 Rabat – Youssouf Hadji has made up his mind. The 38-year-old Moroccan soccer player, who is currently playing for the French club AS Nancy-Lorraine, will retire at the end of the season, according to France Football.

The former Atlas Lion announced his decision Wednesday to the club, staff and his teammates. On Friday, he will likely play his final game at Marcel-Picot against Orleans.

“Youssouf Hadji will hang up his cleats at the end of this season. He is the second-leading scorer in club history with 85 goals,” wrote the French club on Twitter. 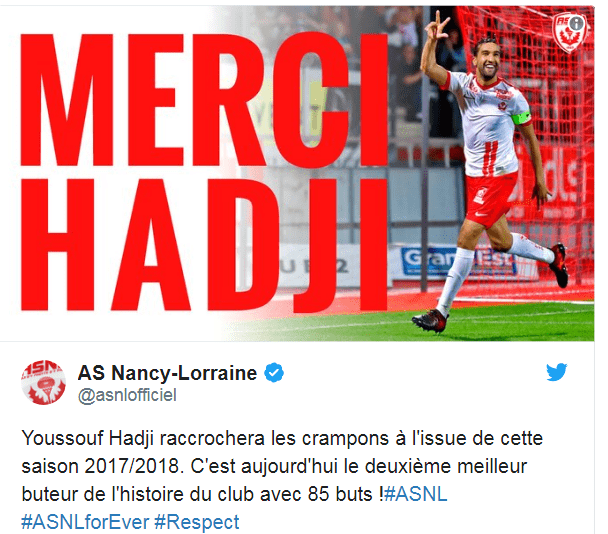 Hadji also wore jerseys from Bastia, Rennes (twice), Al-Arabi and Elazigspor. In the 347 games he played for AS Nancy, he scored 85 times, making him second only to Michel Platini (98 goals in 182 games) in club history.

Hadji will always be remembered as an iconic Atlas Lion who helped Morocco’s national team reach the finals of the African Cup of Nations in 2004.