Rabat - Candide Renard, daughter of Morocco’s national football coach Hervé Renard, was allegedly a victim of a sexual assault during her participation in the French reality TV show “Koh Lanta,” which took place on the Fiji Islands. The suspect was arrested and released after new evidence was discovered. Was Candide Renard sexually assaulted? Here’s what we know so far. 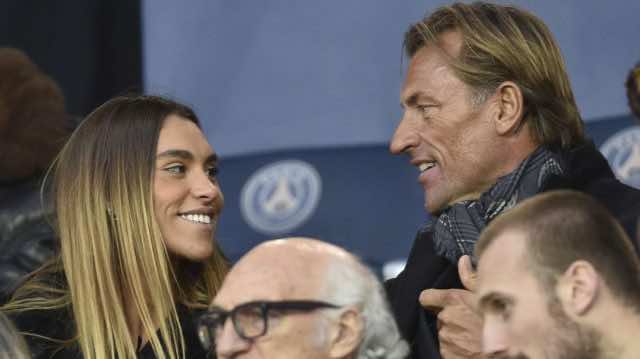 Rabat – Candide Renard, daughter of Morocco’s national football coach Hervé Renard, was allegedly a victim of a sexual assault during her participation in the French reality TV show “Koh Lanta,” which took place on the Fiji Islands. The suspect was arrested and released after new evidence was discovered. Was Candide Renard sexually assaulted? Here’s what we know so far.

The scandal came to light on Friday, May 12, when French TV channel TF1 released a statement canceling its famous adventurous show “Koh Lanta” because of “something that happened between two contestants.”

According to Le Parisien, the alleged sexual assault took place on Tuesday night, at the end of the fourth day of filming of the new season of “Koh-Lanta.”

In the middle of the night, Candide Renard, 21, set off the emergency walkie-talkie to warn the production, as the rules of the game authorize its use in case of danger.

Renard stated that she was a victim of sexual assault. Immediately, the young woman was cared for by the show’s psychologist. The accused was immediately detained.

No witnesses were present at the time of the alleged assault. It is impossible at the moment to confirm or refute them.

The two protagonists were isolated from the game and placed in separate hotels. Renard flew back to France on Sunday.

According to the same source, Hervé Renard reacted to the news, saying that there would be an investigation.

The suspect, whose name was revealed as Eddy Guyot, flew back to France on Monday, May 14. When he got off the plane at Roissy-Charles de Gaulle airport, he was greeted by the police and transferred to SDPJ Seine-Saint-Denis, to deliver his version of events.

The 34-year-old contestant was placed in police custody and released less than twelve hours later, according to French magazine Closer, as new evidence emerged.

Other contestants said that Candide Renard and Eddy Guyot were not isolated, but  were with two other candidates at the time.

Also, a witness contradicted Renard’s version, claiming he did not witness Guyot touching or attempting to touch Candide.

Candide Renard first appeared on television last November in the sport show Telefoot to surprise the of her father who was invited.

She first made the headlines when several media reported that she was physically assaulted at the end of a Morocco-Cote d’Ivoire match last November, following a video posted online that portrayed a young woman being placed on a stretcher.

Following the story, Hervé Renard told Jeune Afrique that his daughter had not been targeted personally.