Rabat - Moroccan Meryem Ouhssata was elected rapporteur of the Commission on Justice and Human Rights at the Pan-African Parliament (PAP) in Midrand, South Africa on Monday. 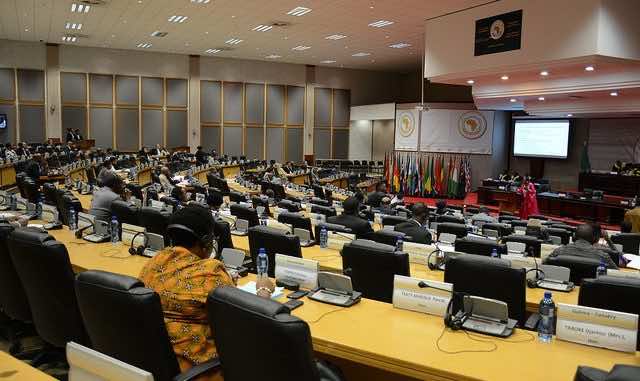 Rabat – Moroccan Meryem Ouhssata was elected rapporteur of the Commission on Justice and Human Rights at the Pan-African Parliament (PAP) in Midrand, South Africa on Monday.

Ouhssata, a member of Morocco’s Authenticity and Modernity (PAM) party won the election, joining the important committee of the African Union (AU) Consultative Assembly, with 11 votes.

The Justice and Human Rights Commission is one of PAP’s most important organs, whose recommendations and decisions are submitted to the AU.

Maghreb Arab Press (MAP) reported that the AU body was exploited by the members of the  Polisario Front, who were using their position to pass decisions hostile to Morocco’s territorial integrity.

Morocco’s accession to the Commission on Justice and Human Rights will help thwart the separatist group’s attempts, said Ouhssata.

She told the press that the election will also allow Morocco to be represented in the PAP.

Morocco’s membership at the Pan-African Parliament aims to reinforce the country’s position in Africa.   It will also serve as a new dimension for Morocco’s contribution to the political, legislative, and economic development of the continent.

PAP  was one of the nine organs proposed in the 1991 Treaty Establishing the African Economic Community (Abuja Treaty). PAP’s goal is to “ensure the full participation of African peoples in the development and economic integration of the continent,” in accordance with Article 17 of the AU Constitutive Act.

The Parliament includes 250 members representing the 50 AU member states that have ratified the Protocol establishing it.

Since Morocco’s return to the AU in January 2017, the kingdom has increased its presence and activities to promote the continent and face the challenges hindering its development.

On January 26, the 32nd ordinary session of AU’s Executive Council elected Morocco to AU’s Peace and Security Council., AU’s body in charge of promoting peace, security, and stability in Africa.