Rabat - When Moroccan sociologist Abdelkebir Khatibi wrote his sociological essay, “Maghreb Pluriel” (Plural Maghreb) in 1983, he sought to put forth a vision of a society built on the notion of multiplicity and “hybridity.” For Khatibi, Morocco and Moroccanness cannot be explored or conceived in fixated and monolithic terms. 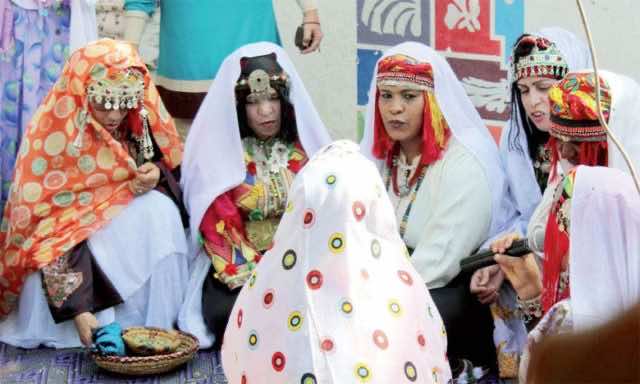 Rabat – When Moroccan sociologist Abdelkebir Khatibi wrote his sociological essay, “Maghreb Pluriel” (Plural Maghreb) in 1983, he sought to put forth a vision of a society built on the notion of multiplicity and “hybridity.” For Khatibi, Morocco and Moroccanness cannot be explored or conceived in fixated and monolithic terms.

As Khatibi would later write in various other works (e.g. “La mémoire tatouée”), Morocco is essentially a site of multiplicities: it is plural, diverse, and chaotic; it has never been either monocultural or monolingual.

So, too, thought the majority, if not all, of the participants in the fourteenth International Festival of Amazigh Culture which took place last weekend at the Merinides Hotel in Fez.

The festival, which kicked off on Friday, April 11, seeks to celebrate Amazigh identity and popular culture, in relation with Morocco and the notion of Moroccanness amidst today’s changing and shifting notions of citizenship and nationality.

On the second day of the festival, on April 12, a wide-ranging panel of experts—including historians, poets, anthropologists, political scientists, and activists—gathered to explore Amazigh culture and the ways it can serve as an incubator for a more inclusive, egalitarian, and democratic Morocco.

What is Amazigh identity? What does it mean to be Moroccan today? How can culture and the recognition of minority rights foster and consolidate democracy in Morocco? And, perhaps more importantly, what is the future of Morocco’s still ongoing democratic experience? These were, among many others, the central questions that the festival’s different panels tried to explore and tackle.

Discussing the theme of “Amazhité, citizenship, and democratic culture,” the panelists brought a diversity of opinions. Appraising Morocco’s experience with democracy and social inclusion, many of them provided guidelines and propositions to spur a vibrant democratic experience in the years to come.

Though they spoke from starkly different intellectual, social and cultural spectra, their recurrent theme or shared belief remained the necessity of recognizing and integrating differences in the public and national discourses. For democracy to be fully consolidated, they argued, shared ideals and social values are as important as the acknowledgement of difference and contradiction in the public sphere.

Speaking about the challenges of a “democratic public sphere,” Driss Maghraoui, associate professor at the Al Akhawayn University School of Humanities and Social Sciences, said that “in the making of democracy, citizenship must be rethought in Morocco.” He argued that to rethink citizenship includes accommodating cultural differences in how politics is approached and lived. He went on to propose the notion of “cultural and social citizenship,” arguing that a working democracy relies on its ability to “encourage multiple stories and carve out spaces for multiple voices in the public sphere.” Each segment of society should be given space to express its grievances and aspirations.

George Joffé, a MENA region specialist at the department of Politics and International Relations at Cambridge University talked about “insurgent citizenship” and the challenges of democratic consolidation. Exploring these difficulties, he underlined the importance of the rule of law, saying that “democracy is a set of rules” by which everyone in a nation or country should abide: regulations and laws should be equally applied to any member in a given political community. “Down that road,” he suggested, speaking about democratic challenges, “there lie very dangerous choices.”

Quoting what he called “a recent World Bank study,” renowned linguist Moha Ennaji said: “To enrich itself, Morocco needs democratic and egalitarian policies.” Mr. Ennaji further mentioned what he called “immaterial capital,” noting that culture and cultural citizenship cannot be taken out of the democratic equation. But he also proposed the inclusion of civil society and other non-state actors as vital actors in the materialization of a well functioning and full-fledged Moroccan democracy.

Alberto Tonini, professor of international history at the University of Florence, talked about prerequisites for the emergence and the survival of democracy. For Mr. Tonini, despite differences in national democratic expression, three factors are universally needed for any democracy to work: awareness, participation, and mutual trust. In this regard, the Italian suggested, being aware of your rights as a citizen, participating in public life, and “trusting the other players of the democratic game” are elements without which no democracy can prosper.

Moreover, democracy needs shared values, a common ground, mutual social confidence, and an understanding that the “winners” (majority) of elections have a solemn obligation to respect and protect the rights and interests of the losers (minority). “If I do not trust the rules of the game or the motives of the other players, how can I join the game?” the Italian asked, suggesting the crucial importance of mutual social trust.

Other speakers mentioned the significance of history. They presented Amazigh culture as the foundation of Moroccan history and civilization, saying that Morocco needs to reconnect with its own history and devise a political culture based on multiculturalism and the acceptance of diverse notions of Moroccanness.

They said that Moroccanness today should be defined on the basis of an expansive and “institutionalized citizenship,” one that accommodates disagreements, makes room for diverging interests and sensitivities, and amplifies the voices and stories of those who have been marginalized and left out. Through different experiences and perspectives, participants agreed that, without a sincere commitment to public dialogue, contestation, and inclusiveness, democracy dies. 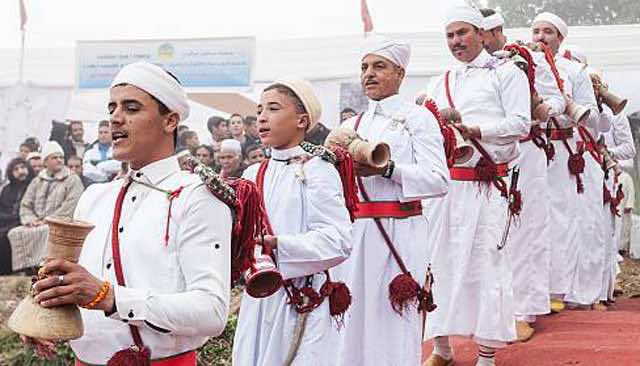