Rabat- Strangely similar to the May 4 incident at Rabat’s Hassan Mosque, a man who displayed signs of mental disorder attacked a random worshipper at a Casablanca mosque on Wednesday.

Rabat- Strangely similar to the May 4 incident at Rabat’s Hassan Mosque, a man who displayed signs of mental disorder attacked a random worshipper at a Casablanca mosque on Wednesday.

The National Criminal Police Brigade in Ain Chok, Casablanca, arrested a mentally disturbed individual who had stabbed a man at “Al Hamd” Mosque, as reported by the General Directorate for National Security (DGSN).

The same source explained that the disturbed attacker stabbed his victim in the abdomen with a kitchen knife “for no obvious reason.” The victim was immediately taken to a nearby hospital.

Meanwhile the aggressor was taken into custody, undergoing investigation.

The incident is similar to an earlier attack this month, when a confirmed mentally deranged man attacked an imam in the middle of Friday prayer inside Hassan Mosque in Rabat.

The attacker was later revealed to be 29 years old and was verified as mentally ill following a hospital examination, as DGSN concluded.

Although no injuries were recorded in the Rabat attack, the incident sparked nationwide shock and outrage since it took place within a sacred space.

Today’s attack also coincided with the day prior to the first day of the holy month of Ramadan in Morocco and in several other Muslim countries, Thursday, May 17. 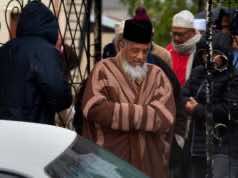 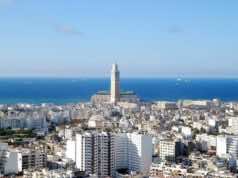