Rabat - Moroccan biologist, author, and prominent Islamic feminist Asma Lamrabet has chosen to publish her latest book, “Women and Men in the Qur’an,” in the United States. 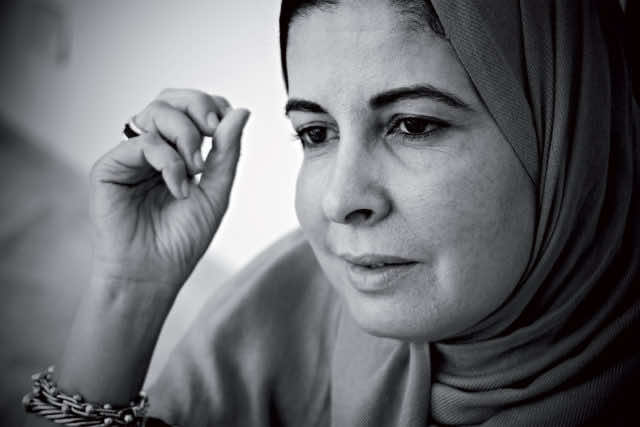 Rabat – Moroccan biologist, author, and prominent Islamic feminist Asma Lamrabet has chosen to publish her latest book, “Women and Men in the Qur’an,” in the United States.

In her book, Lamrabet defies preconceived Islamophobic ideas about subjects like the treatment of Muslim women, as she frames Islam as an egalitarian spiritual ethic.

The 195-page book has been published by Palgrave Macmillan and is translated from its original French version by Muneera Salem-Murdock, the former resident director of the Millennium Challenge Corporation in Morocco.

The book distinguishes the spiritual message message of Islam from the socio-political context at the time of its revelation, challenging notions of oppression and patriarchy commonly held in the West.

“Stuck between a Western rhetoric that portrays them as obedient figures in search of an impossible freedom, the majority of Muslim women find themselves stuck in this eternal duality,” Asma Lamrabet noted while presenting her book.

Moreover, Lamrabet advocates for “a deep reconsideration of the spiritual message of Islam toward human relations as expressed in innumerable verses in the Quran that highlight the importance of shared responsibility, and mutual respect and support between men and women.”

“Asma Lamrabet’s book makes a convincing argument through two essential points: first, the non-existence of the notion of the universal Muslim woman, and second, the fact that the patriarchal interpretation on the status of women in Islam is not supported by the Quran,” explained Peter Mandaville, professor in George Mason University.

Born in 1961, Lamrabet is the founder of a working group for women’s issues and intercultural dialogue, and a major contributor to “Third Way” feminism, a movement that questions religious patriarchy and fights sexism in Islam.

In March, Lamrabet resigned from her position as director in the Mohammadian League of Scholars, “Rabita Mohammadia of Oulemas,” due to disagreements over equality of inheritance between men and women.