Rabat - It takes 20 years to build a reputation and five minutes to ruin it. If you think about that, you’ll do things differently. — Warren Buffett 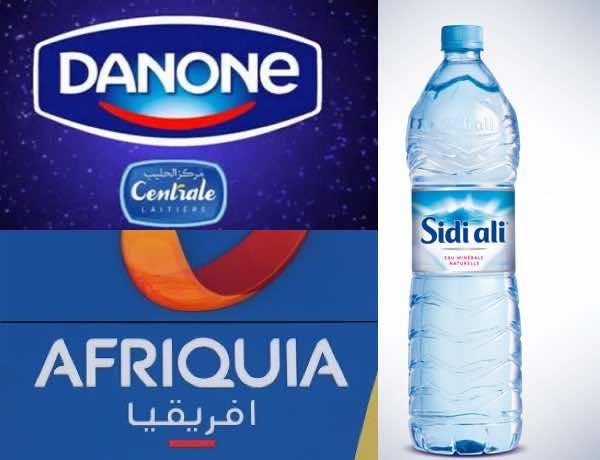 Rabat – It takes 20 years to build a reputation and five minutes to ruin it. If you think about that, you’ll do things differently. — Warren Buffett

The simmering consumer boycott in Morocco is a blend of old-fashioned consumer fury and internet-fueled bandwagon activism. As a non-Moroccan, I can only pretend to understand the anxiety and frustration of working-class, fixed income and working poor Moroccans. Budgets are stretched. That much is certain.

Decades ago, an American economist coined the term “misery index.” It was the sum of a nation’s annual inflation rate and the unemployment rate; it created an easy to understand measure of the economic status (and the mood) of the nation. Today’s inflation is nowhere near the double-digit inflation of the late 1970s. But consumer movements are often a perfect storm of factors and grievances, real and imagined. The dust hasn’t settled yet on the current consumer boycott but experience demonstrates the importance of consumer engagement by companies and tempered expectations by consumers.

For consumers everywhere, feeling is knowing. Dairy prices have been quite stable in the past four years in Morocco. Costs of many staple food products have been relatively stable over the past few years. A half litter bottle of water has cost the same since 2013. A fair price? Hard to say. The tap water is cheaper. Political leaders and citizens will have to determine the proper calibration between product cost at retail, long-standing distribution advantages among established producers, and consumer preferences.

A macro issue comes into play that is the scourge of consumers everywhere: price inflation mixed with flat wages. A misery index 2.0. Many advanced economies have spent nearly a decade (since interest rates dropped dramatically during the Great Recession and after, 2008-2010) with minimal price inflation.

As in the US and many EU nations, Morocco’s inflation rate over the past two years was in the one to 1.7 percent range. Quite low. But flat wages with even minimal inflation can lead to a slow motion but powerful drag on the ability to purchase basic goods.

Add increasing costs in one or two important sectors, say, transportation (bus/train tickets, gasoline) and meat, and the abstract fragile family budget becomes the very real frustrated consumer. In the US for most of this decade, despite a growing economy since late 2009, wage growth for most workers has been flat or non-existent. Only over the course of the last three months have wages begun to grow. Finally.

The illusion of rising dairy prices, along with the perception of corporate indifference to family finances feeds the reality of consumer frustration.

Too Big to Fail?

Some of the anger fueling the current boycott is rooted in resentment of institutional privilege. The three primary boycott targets—Afriquia, Centrale Danone, and Sidi Ali-Oulmes—all represent successful establishment enterprises, institutions whose profits are dependent on a broad cross-section of Moroccans—rich and poor, young and old, urban and rural.

American investment titan Warren Buffett once said, “Price is what you pay. Value is what you get.” The quote is relevant for both struggling consumers and company executives who engage in a transaction that establishes, even minimally, a customer experience.

Centrale Danone’s purchasing director apologized weeks ago for earlier suggesting that supporters of the boycott were somehow disloyal to the nation. A regrettable statement reflecting a genuine disconnect between a successful corporation and its consumers.

Widespread resentment by consumers over institutional indifference is understandable, particularly when that resentment emanates from millions of low-income Moroccans who, to quote George Bailey in the classic American film, It’s A Wonderful Life, “do most of the working and paying and living and dying in this community.”

The newly announced Ramadan discounts by Centrale Danone represent a first step at stopping the hemorrhaging, so to speak. Next, consumers have to decide if they really want to abandon a given producer in hopes that an alternative is present, and at an affordable price, day after day. Ultimately, consumers may not be happy with technical explanations related to profit margins and fixed costs, but it’s the effort to communicate that resonates with them.

The boycott may also represent the tentative beginning of a new paradigm for how retailers, wholesalers and government officials interact with consumers, mirroring perhaps the administrative devolution (advanced regionalization) now underway in the kingdom. Think local, plan local, buy local. Time will tell.

Whether the message is sincere consumer frustration (“Say no to high prices”) or over the top anger (“Let it spoil”), the customer suggestion box, just like Morocco’s new 5757 consumer complaint hotline, is an important part of the customer service experience. Sam Walton, founder of the giant global retailer Walmart put it this way: “The two most important words I ever wrote were on that first Wal-Mart sign, ‘Satisfaction Guaranteed.’ “