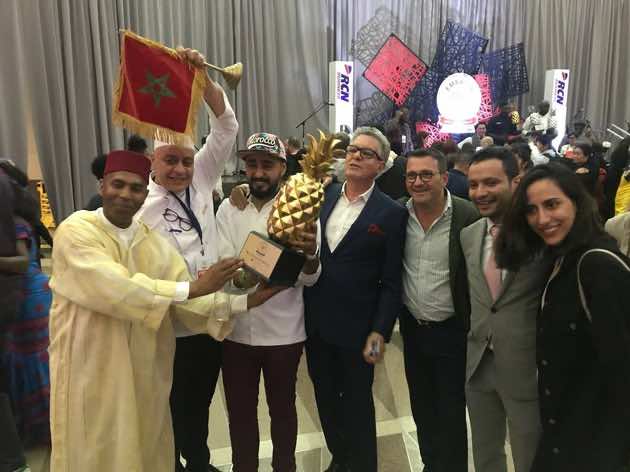 At the competition Thursday, Morocco was represented by Chef Faiçal Zahraoui, from the Embassy of Morocco in Washington, which received the “Best Dressed Embassy” Trophy. The prize rewards the costume, presentation and decoration of the gastronomic work. Last year’s winner of the jury prize, Chef Mouha Fedal of Morocco, was also present as a member of the jury.

In a statement to the MAP, Chef Faiçal said that he was “proud and relieved” to have provided “a good performance.”

Chef Faiçal sought to promote both Morocco’s candidacy for the 2026 World Cup and Moroccan cuisine, as an art and a culture with ancestral roots.

The Jury Award and Public Award were both won by the Philippines. The competition, which boasted the participation of 28 countries and 1,500-2,000 people this year, is an experience of tasting the culinary works of foreign chefs representing various cultures of the world.

Organized at the Ronald Reagan Building by “DC Events,” an organization that promotes events in the US federal capital, the culinary contest serves as a platform for international chefs to promote the gastronomy of their respective countries.