Rabat - Mounir Mahjoubi has had something to say about his sexual orientation. The French-Moroccan Secretary of State in charge of Digital Affairs in France has shared a powerful message about homosexuality on the International Day Against Homophobia, Transphobia, and Biphobia. 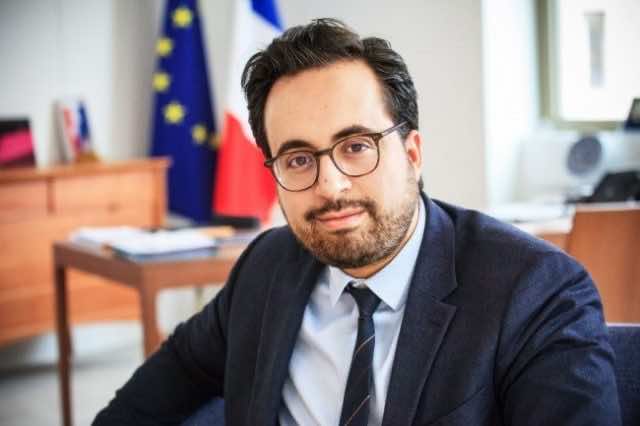 Rabat – Mounir Mahjoubi has had something to say about his sexual orientation. The French-Moroccan Secretary of State in charge of Digital Affairs in France has shared a powerful message about homosexuality on the International Day Against Homophobia, Transphobia, and Biphobia.

“Homophobia is an evil that corrodes society, invades high schools and colleges, and contaminates families and lost friends. Worse, it haunts the minds of homosexuals, and sometimes forces us, often, to adapt and lie to avoid hatred, to live,” he wrote on Twitter yesterday.

Mahjoubi, who led French President-Elect Emmanuel Macron’s digital campaign, was contacted by French outlet Franceinfo after his tweet, and he opened up with them about his homosexuality.

“What was important was to talk about the subject: yesterday was the anti-homophobia day. It was necessary to recall the consequences of homophobia in everyday life, especially among the youngest. And it also had consequences for me,” he replied to the journalist who asked about his coming out.

Published on the International Day Against Homophobia, Transphobia, and Biphobia, the 22nd annual report of the French association SOS Homophobie highlighted an increase in reported LGBT-phobic acts, up 4.8 percent since 2016.

“We are in 2018; I live my life publicly and quietly. On that day if can send the message by reinforcing it by my personal experience, I think I will do it,” Mahjoubi said, adding that it is “important to offer visibility to homosexuals.”

The 34-year-old had already shared his homosexuality in 2015 by posting a photo on Instagram with his same-sex companion.

In Morocco, Article 489 of the Moroccan Criminal Code still criminalizes “unnatural acts with individuals of the same sex.” Homosexuals face six months to three years imprisonment and a fine of MAD 120-1,200. The punishments are regularly applied by the courts.

Born in 1984 to a Moroccan working class family, Mounir Mahjoubi grew interested both in computers and politics.

In March 2017, he was named the Secretary of State in charge of Digital Affairs. The appointment was announced when Prime Minister Edouard Philippe revealed the full list of government titles.