Rabat - Tilila Rabat will brighten Rabatis’ Friday nights this Ramadan by screening four Moroccan Movies. “The Governor General of Chakerbakerben Island” will be projected today at 9:30 PM at L’Kwan. 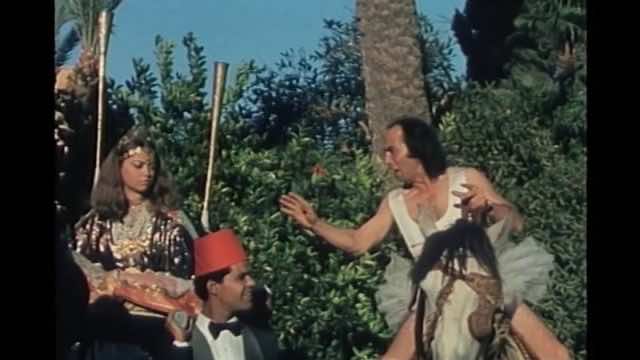 Rabat – Tilila Rabat will brighten Rabatis’ Friday nights this Ramadan by screening four Moroccan Movies. “The Governor General of Chakerbakerben Island” will be projected today at 9:30 PM at L’Kwan.

The number of movie theaters is decreasing year after year. However, even those who are lucky enough to be living in a city where there is an operational multiplex or cinema have very limited movie options.Yet no one can deny the fact that during the last 5 years, Moroccans have shown a rising interest in cinema.

Many events are organized in Rabat annually, such as Nordic Film Week and German Film Week hosted by Renaissance Cinema, Portuguese and Japanese movie showings at l’ISMAC (High institute of Audiovisual Works and Cinema), Human Rights Thursdays organized by l’ARMCDH (The Association of Mediterranean Meetings of Cinema and Human Rights). In addition, they are usually either free of charge or have affordable prices.

At most of the events, people struggle to find an empty seat since they are full a good ten minutes before the movie starts. The interest does not only concern foreign movies, because when Burnout by Nourredine Lakhmari was projected during the last International Festival of Author Cinema, hundreds of people lined up in the street in front of Renaissance Cinema to watch it.

When the big screen lit up with the movie title and the doors leading to the packed room were shut, dozens of people were left outside. For the first 10 minutes of the movie screening, everyone inside could hear the audience demanding a second showing. It is only once the organizers yielded to their demands, and an impromptu second screening of Burnout was scheduled that the clamor of the crowd stopped.

Nonetheless, most tickets that multiplexes and movie theaters manage to sell are ordinarily those of American blockbusters and thrillers, as can be seen in the CCM yearly reports. To try to change that, as well as get people to enjoy Moroccan cinema, Tilila Rabat will screen four Moroccan motion pictures this Ramadan. The first one will be projected this Friday, at L’Kwan in Rabat, at 9:30 PM.

“The Governor General of Chakerbakerben Island” is a film directed by Nabyl Lahlou in 1980. Born in 1945 in Fez, Lahlou studied drama at the Charles Dullin School and the Théâtre des Nations University, in France. His films include The Dead (1975), Al Kanfoudi (1978), and Brahim Yash (1981). He also writes and produces plays in French and Arabic, such as “Ophelia is not dead” and “The Fall.”

The Governor General of Chakerbakerben Island tells the story of a Mr. Al Gharbi who works in the telex booth of a newspaper and is in charge of classifying dispatches. One day while reading a dispatch about an island bearing the name of Chakerbakerben whose governor has disappeared, Mr. Al Gharbi’s life takes an unexpected turn.

Set in the 1980s, the film is a mix of retro chic decor, quirky characters, and funny dialogue. A new and different side of Morocco can be perceived through its scenes set in Rabat. Complete with hippie hairstyles, an outdated wardrobe, and a panoply of old fashioned sunglasses that the protagonist switches on and off, the movie is a rare treat.

After the movie, the audience will discuss the movie, and debate the topic of “Moroccan Cinéma” by giving their opinions and sharing their ideas.