Rabat - “I am not a citizen on the street” said Minister of Employment Mohamed Yatim several weeks ago. Now the minister has taken to his Facebook page to explain himself and clarify the situation. 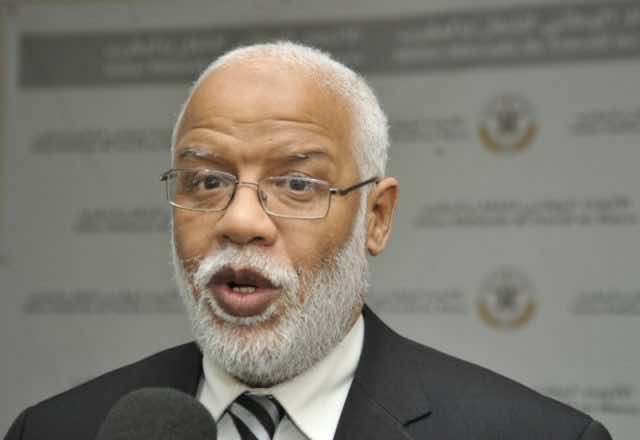 Rabat – “I am not a citizen on the street” said Minister of Employment Mohamed Yatim several weeks ago. Now the minister has taken to his Facebook page to explain himself and clarify the situation.

Yatim apologized to consumers for his initial response to the boycott against high prices, when he was asked by a journalist about his stance as a Moroccan citizen on the ongoing boycott against high prices. Yatim had replied, “I am a minister and not a citizen. You are asking me [about my stance] as a minister now. If I were a citizen on the street (private citizen) you would not ask me.”

The official also said that the boycott “does not concern” him as a member of the government. “Some [people] believe that I am for or against the boycott. I am neither for nor against this issue. I am an official and this concerns citizens,” he added.

He started his apologies saying that “he is proud of being a Moroccan.”The PJD minister explained that he made the statement  at the beginning of the campaign. “I express my regret for what has been promoted through the distortion of the content of my statement,” said the politician.

“I would like to reiterate what is meant by this statement, which is more than three weeks old. This is to remind the journalist at the time that “he asks me as a minister, and that he would not have asked me if I was a citizen walking in the street,” he added.

“I don’t find it offensive to apologize to anyone who considered that I was insulting both members of the party and the general public,” he concluded. 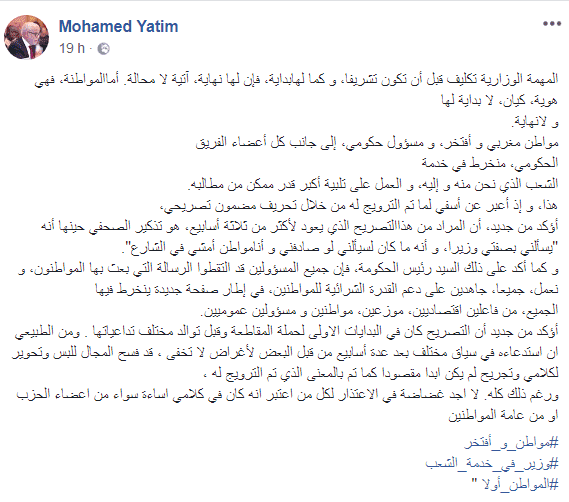 The video of the minister’s “not a citizen” answer has been circulating on social media for the past few days, causing uproar among citizens.

The statement caused an angry backlash on social networks nationwide as online activists launched a hashtag in Arabic script criticizing the minister: #AnaWazeerMashiMouatin (I’m a minister, not a citizen).