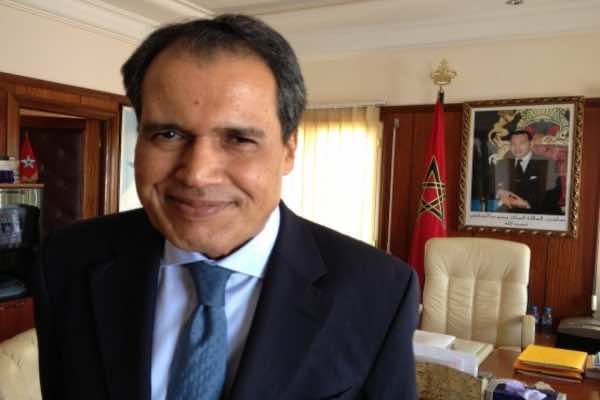 The two officials met Monday and discussed ways to reinforce the centuries-old cooperative relations between the two nations, according to Maghreb Arab Press (MAP).

Chabar was appointed in June last year by King Mohammed VI appointed Chabar as the new ambassador to the Islamic Republic of Mauritania. He succeeds Abderrahmane Benomar, who held the position for 15 years until his death in December 2016.

Before his appointment, Chabar  was  Morocco’s former Coordinator for United Nations Mission for the Referendum in Western Sahara (MINURSO).

The ambassador holds a PhD in political science, international law and international relations from the University of Brussels. Chabar  also holds a postgraduate degree from the Institute for Studies of Developing Countries at the University of Louvain, Belgium. He began his professional career as a teacher at the National School of Administration in Morocco.

Ould Aboye was appointed to Morocco in December 2017.

The past few years were marked by on and off tension between Morocco and Mauritania over political issues, including the Western Sahara conflict. Mauritania had not had an ambassador in Rabat since the departure of the previous Mauritanian ambassador in 2012.

Since 2012, Morocco and Mauritania expressed readiness to revive diplomatic ties. In a recent interview with Jeune Afrique, Mauritania’s President Mohamed Ould Abdelaziz said that Mauritanian-Moroccan relations “have been somewhat lethargic, there have been ups and downs, but they are improving and our goal is to strengthen them further.”

The president told the magazine that the Western Sahara conflict is the “main reason” for the regional tension.

“It’s a real headache, we’re going around in circles!” said the president.

The president also said that in order for the conflict to be solved, both sides need to sacrifice to achieve that goal.

“There should be a lot of sacrifices on both sides and, above all, a political will to solve this problem by going beyond rivalries between states in the name of a global vision of the Maghreb.”