Rabat - The ongoing boycott campaign in Morocco may expand its reach to include fish, in response to price hikes. 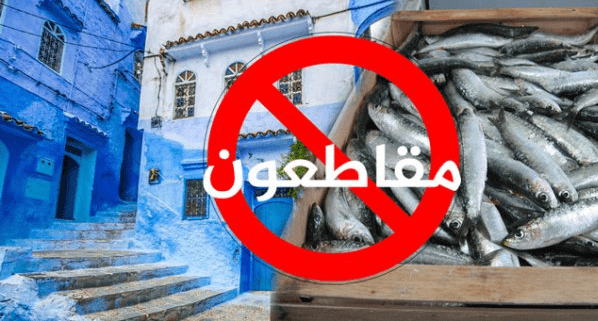 Rabat – The ongoing boycott campaign in Morocco may expand its reach to include fish, in response to price hikes.

The hashtags  #Letitrot and #Letitswim (in Arabic) were launched today on social networking services to oppose the high prices of fish across the country.

After successfully making their voice heard through the ongoing boycott, which is targeting Sidi Ali (mineral water), Afriquia (gasoline) and Centrale Danone (dairy products), boycotters are denouncing the high prices of fish.

Those supporting the boycott emphasize that there is no justification for such high prices at the fish market in a country with more than 1,000 miles of coastline.

Moroccan television channel 2M shed light on the high prices of fish at fish markets in the coastal city of Agadir. Customers told 2M that fish is available at reasonable prices just a few kilometers outside the city. However, the prices of fish are sometimes doubled in the center of the city, a local fishmonger told 2M.

Fish is among the foods widely used during the holy month of  Ramadan.

Interviewees told the Moroccan channel that they go outside the city to buy fish at a good price.

The fishmonger said that the price of a croaker is between MAD 50 and 60; while in the city fishmongers sell it for MAD 80 or more.

According to the fishmonger, sole fish can be bought for the reasonable price of MAD 55 and whiting MAD 35.

Fishmongers justify the increase of prices based on the origin of the fish and transportation costs.

The price of sardines, one of the cheapest and most widely available products in the country, has increased from MAD 20 to MAD 30 for one kilogram.

In response, Moroccan citizens have launched a boycott on fish to condemn high prices.

“You know how to increase prices, but we have the boycott weapon,” wrote a Twitter user.

“Moroccans will also be #Boycotting fish. Despite having a huge coast and bordering with two seas, fish is too expensive for the ordinary citizen. Effect of the regime’s disastrous economic policies. #Let_it_swim,” said another.

Moroccans will also be #Boycotting fish. Despite having a huge coast and bordering with two seas, fish is too expensive for the ordinary citizen. Effect of the regime's disastrous economic policies. #Let_it_swim pic.twitter.com/M3WroPQkhd