Rabat - Incarcerated since February 2 in France, Islamic scholar Tariq Ramadan is awaiting trial for rape. His daughter Maryam has come to the defense of her father to try to prove his innocence 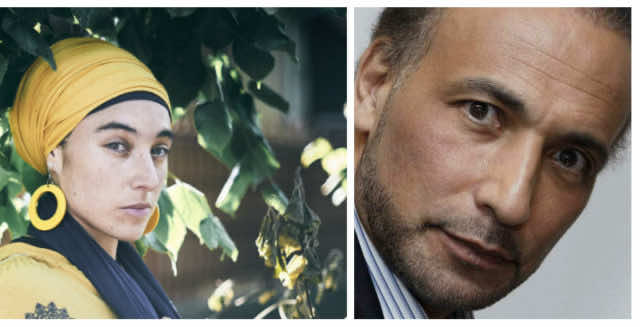 Rabat – Incarcerated since February 2 in France, Islamic scholar Tariq Ramadan is awaiting trial for rape. His daughter Maryam has come to the defense of her father to try to prove his innocence

In an interview with Swiss outlet Le Temps, Maryam Ramadan, 31, talked about how difficult it was to deal with the backlash following her father’s incarceration.

“Honestly, my family and I have not been prepared to live this. My father has never done anything reprehensible so that we can one day imagine visiting him in a prison,” said the native of Switzerland.

To date, five women have accused Ramadan of rape. On January 31, Ramadan was arrested on two counts of rape filed against him in 2017. Ramadan fully denies the accusations and deems them to be part of a “campaign of lies launched by adversaries”—a sentiment shared by his supporters.

“I feel a great injustice. He does not benefit from the presumption of innocence: he is in fact presumed guilty, while his accusers benefit from a presumption of sincerity, it is not normal. Besides, he’s sick. We have to stay strong to fight,” Maryam said.

Asked about Ramadan’s mental health, Maryam explained that he is strong mentally but not physically as he has multiple migraines a day. She added that he is unfairly treated in the prison.

“While he had voluntarily surrendered to the police request [to present himself] of January 31st in Paris, he has the feeling of living a profound injustice. He is placed in complete isolation, which is akin to psychological torture. Every time he takes a shower, no one should be in the corridors, same thing when he is walking.”

The Islamic scholar’s daughter is confident of his innocence; she thinks that his incarceration is “completely crazy” as she recalled that he has never been violent to her or to anybody at home. “The charges against him are based on allegations without evidence. If there were, they would have already been produced.”

The 55 year-old theologian had banked hopes on an early release ahead of trial due to his health condition. According to a report filed with judges last month, he has suffered from multiple sclerosis since 2006.