Rabat- It all started with Arabic hashtags equivalent to “Let_it_spoil” and “SayNotoHighPrices.” The ongoing boycott campaign embodies the Moroccan citizen’s fighting spirit, not only against the exorbitant prices of the three boycotted companies—Sidi Ali, Centrale Danone and Afriquia—but also against market monopolization and all forms of price manipulation across the country. 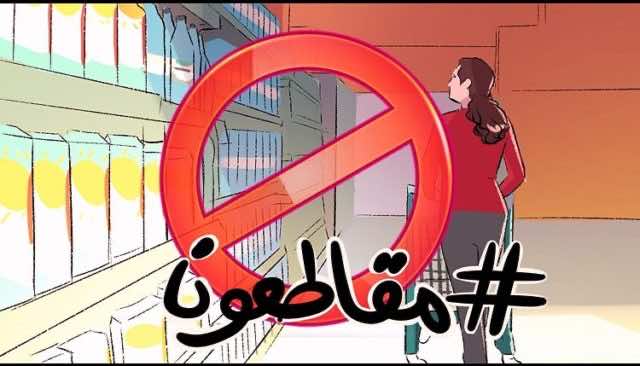 By
Ahlam Ben Saga
-
Ahlam Ben Saga is a Cultural Studies graduate from university Mohammed V of Literature and Humanities in Rabat.
May 22, 2018
Spread the love

Rabat- It all started with Arabic hashtags equivalent to “Let_it_spoil” and “SayNotoHighPrices.” The ongoing boycott campaign embodies the Moroccan citizen’s fighting spirit, not only against the exorbitant prices of the three boycotted companies—Sidi Ali, Centrale Danone and Afriquia—but also against market monopolization and all forms of price manipulation across the country.

How the boycott campaign progressed

It has already been a month since the launch of the boycott campaign, which started online on April 20, when people decided they had had enough and took to Twitter and Facebook to raise awareness of the unjustified prices set by the three major companies in the kingdom.

Five days into the boycott, Akhannouch took the chance at SIAM to demonstrate disregard for it and defend dairy workers, referring to the boycotted Centrale Danone, stating that the online campaign cannot hamper the work of 470,000 employees in the dairy sector.

Read Also: Boycott in Morocco: Is This the End of the PJD?

As days passed by and the boycotters remained resolute, promising to continue through the holy month of Ramadan, several other government officials broke their silence and expressed their concern about the issues surrounding the campaign.

In a speech during Parliament session on May 7, Daoudi shared Akhannouch’s concern about workers in the dairy sector and warned of the consequences haunting the families of thousands of Centrale Danone employees, insisting that the boycott will hinder the country’s foreign economic investments and badly influence its reputation.

At the same time, El Othmani said there were:“120,000 farmers, 80 percent of whom are small farmers working for this establishment [Centrale]…we are worried about their situation and are thinking of means to support them during this hard time which will impact them into the future.”

In the early days of Ramadan, El Othmani expressed concern over market monopolization during the holy month. He reminded citizens of the government’s latest initiative, a consumer complaint hotline (57 57). He affirmed that the government is making serious efforts to meet citizens’ needs throughout Ramadan.

Meanwhile El Khalfi had a different take. He did not denounce the boycott campaign for reasons such as its threats on the jobs of dairy farmers, but he believed that the price increases were “fake news.” He singled out Centrale Danone, saying:“The profit margin of the company is reasonable and does not exceed 20 centimes [per liter].”

In turn, Ramid acknowledged the “wisdom” of Moroccan people, stating: “I am asking Moroccans, who have always been known for their wisdom and rationality, to suspend the boycott of milk.” According to him, the boycott came in conjunction with the spring peak yield in milk production.

Yatim’s statements tipped social media users over the edge, as they rose to attack him on Facebook and Twitter, writing things like: “What were you before?”; “We will not forgive those who supported you in your election campaign”; and “We have discovered now that you are a minister and not a citizen on the street.”

Whose turn to apologize?

The latest apology came from Yatim, who wrote on his Facebook page that he is proud of being a Moroccan. He clarified his earlier statement, saying: “I would like to reiterate what is meant by this statement, which is more than three weeks old. This is to remind the journalist at the time that he asked me as a minister, and that he would not have asked me if I was a citizen walking in the street.”

On behalf of the government, El Othmani apologized to boycotting consumers for the “verbal expressions and offenses” which were previously made against them, calling for tolerance and assuring that the government cannot be against the interest of citizens, as some think.

Formerly, Centrale Danone Purchasing Director Adil Benkirane apologized to boycotting consumers whom he had called “traitors,” betraying the country and its products. After experiencing the wrath of consumers on social media and, allegedly, facing the threat of being fired from the company, Benkirane said, “I have read the reactions about my statement, and I know I made a mistake.”

The first concerned company to officially comment on the boycott, Centrale Danone, emphasized in a statement that Benkirane’s offensive comment does not reflect its official stance.

The voice of the burdened consumer, Thla Ouheddou, who first recounted her struggles to Alyaoum24 newspaper in a video and told of Sidi Ali’s monopolization near Oulmes, has now merged with the voice of the concerned company, as she recently appeared in a new video denying her original story and accusing the newspaper of pressuring her into venting at Sidi Ali.

Thla, who lives off selling bread to Sidi Ali employees in the rural Middle Atlas village of Tarmilat by Oulmes said, in her original statements while she was on the verge of tears: “We suffer from water shortage while 150 [Sidi Ali] tank trucks carry water everyday.”

It seems that she lost her confidence in mathematics, as she said in the new video: “I am ignorant, I don’t even know how to count.”

Thla said:“I was troubled and pained since I suffer from diabetes, when these people [Alyaoum 24] came and told me just hold the microphone, and we will tell you what to say.”

Hearkening back to her original statements, she said: “There is not enough [water] for drinking, not enough for doing laundry, yet we pay for it monthly.”

Compared to her emotional state on the first video, which captured the anguish surfacing on her face as she complained about water being cut off in the region, Thla appeared with a blank face as she contradicted herself on the last video. “They told me to say that water was cut off on us, when it’s currently running day and night…I beg the authorities to pardon me because I was pushed to say what I said.”

The very sudden change of Thla’s heart has raised questions among the public and pointed fingers at Sidi Ali as the one taking advantage of her difficult financial condition, presumably pressuring her to submit to the company’s preferred version of the story.

New boycott hashtags were born Tuesday on social media networks: #Letitrot and #Letitswim. The boycott is now extending to fish due to high prices at the country’s fish markets.

In a country with more than 1,000 miles of coastline, the rise in prices is unjustified, fish boycott supporters said today.

Why now? The protests against high prices of fish are aligned to the fact that fish is a widely consumed food during Ramadan.

“You know how to increase prices, but we have the boycott weapon,” one Twitter post said. Another read, “Moroccans will also be #Boycotting fish. Despite having a huge coast and bordering with two seas, fish is too expensive for the ordinary citizen. Effect of the regime’s disastrous economic policies. #Let_it_swim.”

The new boycott sends a message to any business pondering an increase in prices without taking into consideration the purchasing power of the regular consumer.