Rabat - Casablanca Transport has called for bids to establish a Rapid Bus Transit service line (BHNS) by 2021 in the city of Casablanca. 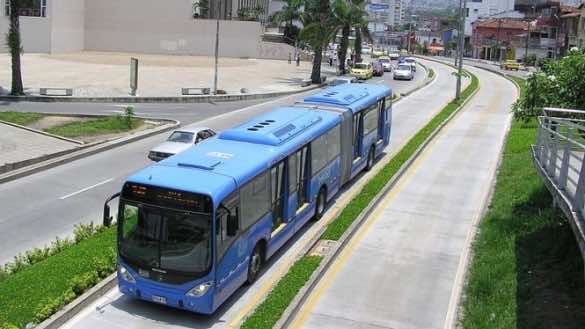 Rabat – Casablanca Transport has called for bids to establish a Rapid Bus Transit service line (BHNS) by 2021 in the city of Casablanca.

According to Moroccan newspaper Al Ahdath Al Maghribia, two lines of the BHNS (L5 and L6) will be operational by December 2020 and January 2021.

The project is part of a plan to enhance transport in the city by setting up new bus lines.

Construction on lines L5 and L6 is scheduled to begin July 2018, according to the newspaper. The construction project will extend over a period of two years and cost MAD 1.8 billion.

L6 will cover a distance of 8.5 kilometers and will connect the town of Errahma to the city center by regional road P3003 and highway N1.

The newspaper reported that L5 will extend from the T1 tramway terminus to the Salmia district, about 13 kilometers long, and will cover 24 bus stations. The line will connect the Salmia and Lissasfa districts.

According to the newspaper, Casa Transport aims to provide transport services comparable to the tramway, and claims the buses are environmentally friendly.