Rabat - The fashion police have struck again. When it comes to “first lady” attire, Saad Eddine El Othmani’s wife’s choice of djellaba did not cut it as observers delineated the flaws in her gown during the prime minister’s visit to Seoul. 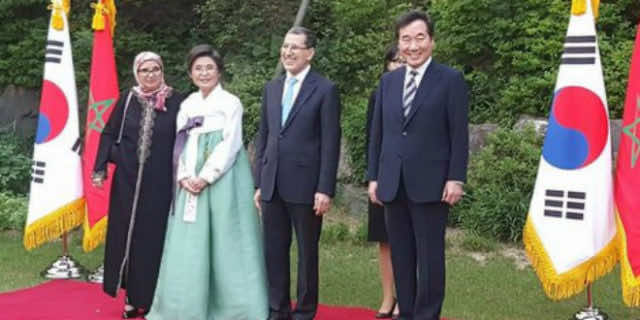 Rabat – The fashion police have struck again. When it comes to “first lady” attire, Saad Eddine El Othmani’s wife’s choice of djellaba did not cut it as observers delineated the flaws in her gown during the prime minister’s visit to Seoul.

Halima Saghour was probably not expecting such a reaction for her first official visit. While Head of Government El Othmani was received by his South Korean counterpart, Lee Nak-Yeon, in Seoul on the occasion of a rare official visit Monday, May 21, his wife’s dress attracted the most interest among people.

A picture of the Moroccan head of government posing with  the South Korean prime minister and their wives went viral. Detractors quickly disparaged the dress, saying that Saghour’s outfit was “old school” and “inappropriate.”

“What will we remember from the five years of Elothmani? The djellaba of his wife,” said one Twitter user. 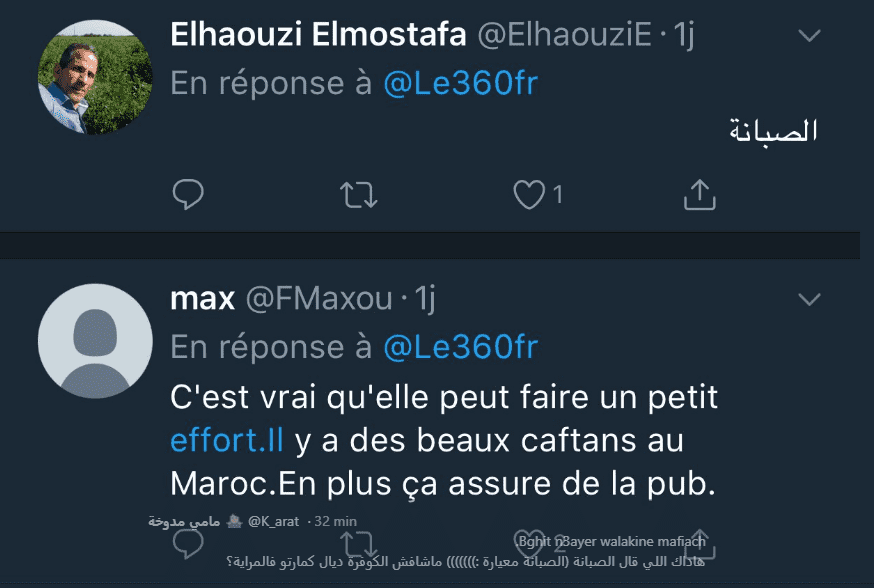 Dressed in a very sober black djellaba and a colorful scarf, Saghour did not seem to satisfy the public’s opinion.

Back in 2014, Nabila Benkirane, wife of former Head of Government Abdelilah Benkirane, had also received a lot of criticism about the simplicity of her djellaba after a photo with the US presidential couple at the first US-Africa summit was posted.

El Othmani was accompanied on his visit to Seoul by a large delegation including Mohamed Boussaid, Minister of Economy and Finance; Said Amzazi, Minister of National Education, Vocational Training, Higher Education and Scientific Research; and Othmane El Ferdaous, State Secretary to the Minister of Industry, Investment, Trade and the Digital Economy, in charge of investment.

The official visit, the first of its kind with a Moroccan head of government in the Republic of Korea, was an opportunity for both parties to welcome the bonds of friendship and good cooperation that have united the two countries since the establishment of diplomatic relations in 1962.

Throughout the state visit, both guests and host will hold talks to find opportunities for cooperation between Morocco and South Korea on different sectors including education, economy, and investment.