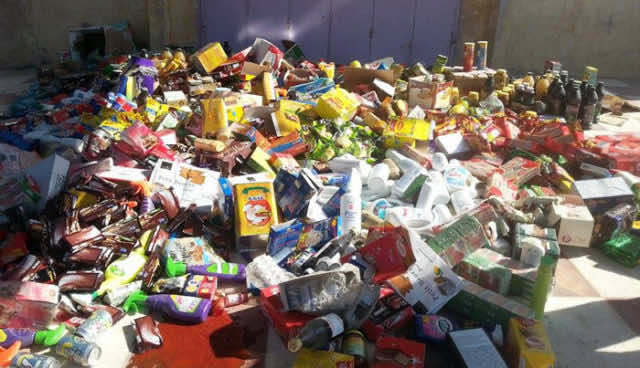 A statement from the Ministry of General Affairs and Governance notes that the seized commodities included four tons of milk products, 16 tons of flour and cereals, five tons of fish and meat, 14 tons of dates, two tons of fruit and vegetables,  and 11 tons of other foodstuffs typically consumed during the holy month of Ramadan, including other milk products.

The statement was issued after the interministerial commission in charge of food and prices monitoring held on Thursday in Rabat.

The control operations covered 10,385 points of sale during this period.

The commission added that the available data showcases that majority of prices are stable, with the exception of fish prices that recorded a significant increase during this period.

In April, Moroccan citizens have joined the boycott against high prices of products made by three companies: Sidi Ali, Centrale Danone, and Afriquia.

Recently, the boycott extended its reach to include fish. Those supporting the boycott emphasize that there is no justification for such high prices at the fish market in a country with more than 2,000 miles of coastline.

On Wednesday, a group of young people took to the Souk Bani Hassan marketplace in Tetouan and violently destroyed the merchandise of several fishmongers.

Fish prices, including that of sardines—one of the cheapest and most widely available products— hovers around MAD 30 in different cities across the country, including Tetouan and Rabat.

According to the statement, the committee is closely monitoring the price situation of all the most consumable foodstuffs and will not hesitate to apply the provisions of the law in force in case of monopoly or speculation.

Ahead of Ramadan, the government pledged to reassure a “diversified” market that responds to all the needs of citizens during the holy month of Ramadan.

The cabinet has also established a national hotline to receive possible complaints from both traders and consumers concerning the price of Ramadan supplies.