Fez - The UN will celebrate its International Day under the theme ‘’UN Peacekeepers: 70 Years of Service and Sacrifice” on June 1, to pay tribute to seven Moroccans among the peacekeepers who died during peacekeeping operations in 2017. 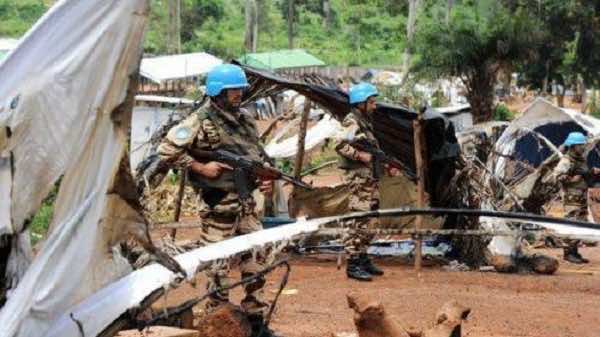 Fez – The UN will celebrate its International Day under the theme ‘’UN Peacekeepers: 70 Years of Service and Sacrifice” on June 1, to pay tribute to seven Moroccans among the peacekeepers who died during peacekeeping operations in 2017.

The celebration will pay tribute to more than 3,700 selfless peacekeepers who have heroically sacrificed their lives under the UN flag since 1948, including 129 who died last year. The tribute includes a series of photographs and documents under the title “Thank you Morocco for your service and sacrifice.”

The event will take place at UN headquarters in New York, with UN Secretary-General Antonio Guterres presiding over the ceremony. The secretary-general will lay a wreath for the fallen peacekeepers and posthumously honor them with the Dag Hammarskjöld Medal to acknowledge their sacrifice and bravery bringing peace to different parts in the world.

“We express our gratitude more than one million men and women who have served under the UN flag, saving countless lives.  We honour more than 3,700 blue helmets who have paid the ultimate price over the past seven decades. And we pay tribute to the 14 peacekeeping missions working around the clock to protect people and advance the cause of peace,” Guterres said in a message expressing solidarity with families of dead soldiers on Saturday.

Recently, Guterres  also expressed deep condolences to Morocco over the death of Master Corporal Rachid Abarki on April 24 in the Central African Republic:

“…My sincere condolences for this painful loss and express my gratitude for the contribution of Master Corporal Abarki to our peace action in the Central African Republic,” Guterres wrote in a letter to Morocco’s Permanent Representative to the UN, Omar Hilale.

Morocco is the 14th largest contributor of uniformed personnel to UN peacekeeping operations with more than 1,600 military and police personnel serving peace in the Central African Republic and the Democratic Republic of the Congo.

UN peacekeeping includes more than 100,000 blue helmets, including police and civilian personnel from 124 member states who are helping to navigate the difficult path from conflict to peace in 14 peacekeeping operations around the world