The new institute, which will operate under the DGSN–DGST security umbrella, has been described as the fruition of the king’s vision for a modernized, citizen-oriented, and responsive security apparatus.

Reporting on the inauguration of the new institute and its significance for Morocco’s bid to remain the regional moderator in terms of peacekeeping, MAP remarked that the institute seeks to equip recruits with the skills to thwart the growing threats to the country’s security and territorial integrity.

MAP further reported that with its state-of-the-art training facilities—a well-equipped library, a laboratory for the teaching of foreign languages, 11 lecture rooms, and a conference hall, among other things—the newly-established institute will focus on intelligence services, criminal investigations, and “communication decoding and interceptions.”

The aim is to defeat violent extremism, terrorism, and organized crime, the outlet specified, adding that the ultimate goal is to “develop mechanisms to anticipate and neutralize terrorist threats, thereby securing territorial integrity and citizens’ safety.”

But if the branding and concept are new, in the larger scheme, it is the integration of new elements into an established system, rather than the creation of a whole new approach or philosophy. Moreover, as Morocco is already widely acknowledged as North Africa’s fort of security and counterterrorism, it has been observed that the move is an attempt to upgrade and improve a system that was already effective.

Speaking under condition of anonymity, a researcher who is currently working on a thesis on Morocco’s counterterrorism strategies told Morocco World News that the new institute cannot be isolated from the general security overhaul that Morocco initiated in the immediate aftermath of the May 16, 2003, Casablanca bombings. The country’s deadliest terrorist strike claimed 45 lives (including 12 suicide bombers).

“When the 2003 bombings took the kingdom by surprise, Morocco had not yet reformed its security apparatus and counterterrorism strategies to fit in the post-9/11 schema of ‘inter-agency process,’ a homeland and overseas defense philosophy resting essentially on a more intricate and almost inextricable linkage between the different agencies tasked with providing security and ensuring citizens’ safety.”

The 16 May shocking event, he explained, proved to be a watershed moment in the recalibration of the Moroccan Security Strategy (MMS), including a strategic rapprochement, and sometimes merging, of the kingdom’s numerous security agencies and institutions: the General Directorate for Territorial Surveillance (DGST), the internal intelligence agency of Morocco; the General Directorate of National Security (DGSN); and the Central Bureau of Judicial Investigations (BCIJ), to name the most notable ones. “They cooperate in a smooth and efficient chain of activity, with timely intelligence sharing from one unit to the next in the operating hierarchy.”

Although the new MMS vision has dealt effectively with various threats, including the dismantling of terrorist cells and the thwarting of planned strikes targeting both Moroccan and European cities, two more events plunged the country into a relative state of panic and worry about its security—the March and April 2007 Casablanca bombings and the 2011 Marrakech blast.

But, to put things into context, the 2007 Casablanca incident was relatively minor, as only one victim was registered in addition to the perpetrators who blew themselves up. Rather, it was the Marrakech incident, with its 17 victims (including a number of foreign tourists) that really rang the alarm bell with Moroccan authorities, pushing them to set the standards very high and outperform their already commendable records of counterterrorism and crisis management operations.

According to Abdelkader Filali, a political science and international politics researcher at the University of Ottawa, who spoke to Morocco World News via email, a major step after the Marrakech trauma was for Morocco to adopt a “proactive security strategy.” This was mainly done through a policy of “bold merger” and the appointment of Abdullatif Al-Hamouchi as the General Director of the DGST-DGSN.

Since then, Morocco has been hailed by several international observers and security analysts as North Africa’s ultimate model of peace and security, a beacon of tranquility for a “region of troubles and instabilities.”

While allowing for more “efficient cooperation” in the short-term, the “proactive” approach to security has also meant “the institutionalization and modernization of security services,” Mr. Filali added.

Mr. Filali’s optimism is matched by other academics, though with more reserve and calculated reticence as to the kingdom’s response, management, and pre-emptive capabilities regarding the mounting challenges posed by an amorphous and fast-moving network of global terrorism.

In a recent article, Anouar Boukhars wrote: “With the exception of the Marrakesh bomb blast in 2011, Morocco has been safe from the terrorist attacks that have roiled Algeria and Tunisia. The country’s proactive security approach has made it harder for AQIM and other terrorist groups to establish a foothold in the country.”

Another recent study has also presented Morocco as the least affected country in the North African surging market of illicit arms and drug trafficking, arguing that the country’s security mechanism has been noticeably effective in keeping major threats at bay.

But both Mr. Boukhars and the study on illicit arms showed some level of caution, hinting that the challenges ahead are numerous, and there is still room for improvement. Mr Boukhars remarked: “Few security experts doubt that there are still security gaps in need of filling.” 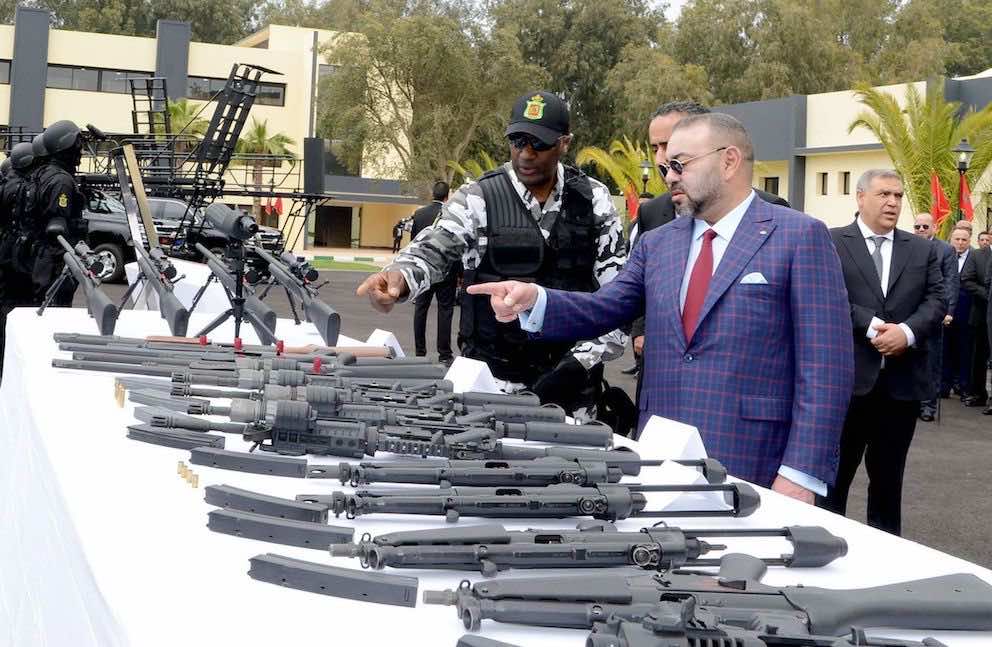 The Institute for Specialized Training, which will be placed under the supervision of the BCIJ while operating from DGSN’s headquarters, may be the additional ingredient needed to fill the gaps that Mr. Boukhars mentioned.

On May 14, the BCIJ arrested four ISIS-linked suspects, with BCIJ Director Abdelhak Khiam saying in an interview with AFP that over 150 terrorist cells have been dismantled since 2002, Moroccan outlet l’Observateur reported.

Khiam explained to AFP that Morocco’s success on the counterterrorism front showcases the kingdom’s improved capabilities in crisis management, border security, and terrorism investigations. Morocco is a bastion of regional security, he suggested.

“So why do you think Morocco needed yet another intelligence-focused institute when its existing system is doing just fine?” Morocco World News asked a security specialist who requested anonymity.

“The substantive focus here is to preempt terrorist threats, but also integrate new elements such as special units to fight against cyber criminality, a growing trend in global politics. The point is no longer to only protect citizens; instead, the initiative is to recruit and train multi-skilled agents with the most advanced techniques and state-of-the-art intelligence equipment to identify, preempt, contain, and effectively neutralize ideology-related crimes.”

Besides, he interjected enthusiastically, “When it comes to territorial integrity and national security, Moroccans are adamant, inflexible, and perfectionist.” 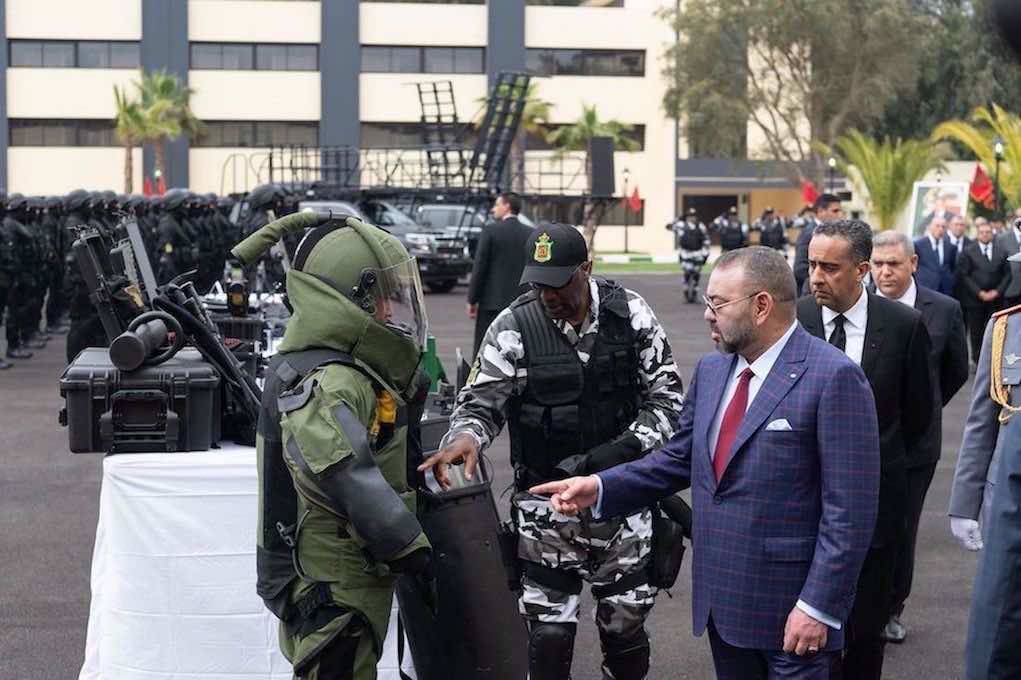 Yet he also believes that Morocco seeks to secure its continental presence and further its South-South agenda, especially by providing similar training to security and intelligence agents from “ally countries, from the rest of Africa, in particular.”

Abdelkader Filali, the Ottawa University researcher, agrees. He said: “The new Institute for Specialized Training (IST) is the first step towards a constitution of a project that could be called a Common Foreign and Security Policy as an African instrument for foreign policy.”