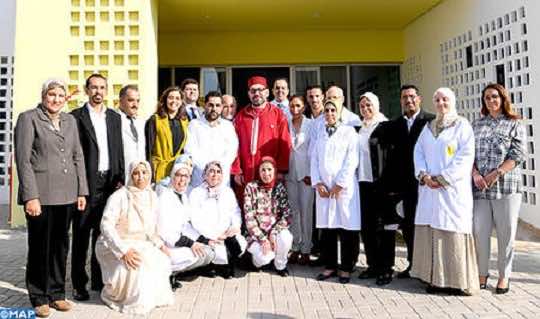 The Mohammed V Foundation for Solidarity carried the project for MAD 8 million.

The project fell within the framework of the King’s instructions to offer access to medical services and make this right one of the main pillars to achieve durable, comprehensive, and integrated human development.

The project is also a part of the 2016-2020 social-medical program of the region, which was initiated by the Foundation at the royal instructions.

The King launched the construction on the center on June 9, 2017. The facility, according to Maghreb Arab Press, will meet the deficit in medical infrastructure to offer psychological and social care for people with mental health problems.

The building is built over 2,851 square meters and consists of a medical department with consultation rooms for general medicine, psychiatry, and psychology; a pharmacy; a community area; and workshops for hairdressing, plastic art and cooking.

The center also includes a therapeutic garden, a meeting room, and halls for gymnastics and computer sciences, as well as a multi-purpose room.

The center is the second of its kind in the region.

During the first week of Ramadan, the King inaugurated a training center in Rabat and a mosque in Sale. The King also launched three humanitarian projects in Kenitra to improve the economic and social conditions in the city.