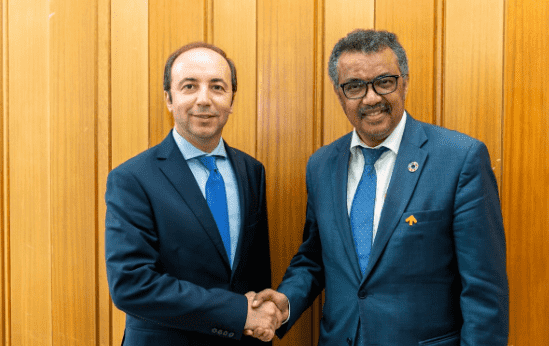 On April 7, 2018, Morocco’s new Minister of Health Anas Doukkali restated his department’s plan to execute a health insurance system that will cover approximately 90 percent of the Moroccan population by 2021.

The minister is determined to keep and revise the existing Medical Assistance Plan (RAMED).

Morocco faces difficulties in trying to identify and classify the poor that are eligible for free goods and services. In order to fill in health financing gaps, RAMED’s goal was to provide households with an income of less than MAD 300 (USD 34) per capita per month with free health insurance. Households with a monthly per capita income of MAD 300–600 (USD 34–68) were also given the opportunity to purchase insurance according to a sliding scale.

Over 10 years into implementing RAMED, Morocco’s health coverage has not expanded at the rate planned by the government.

Morocco is now setting a higher standard by announcing “universal health coverage” to cover not only low-income and disadvantaged people, but to cover 90 percent of the population by 2020.

Morocco will receive aid to reach the extended health coverage goal from external sources, including Global Citizen, a movement of engaged citizens using their collective voices to end extreme poverty by 2030.

Global Citizen responded to Ghebreyesus’s tweet by stating that they look forward to working with Morocco to achieve health for all and tagged Moroccan-American rapper, French Montana.

Following Global Citizens’ tweet, French Montana showed his appreciation and encouragement by tweeting, “Health is a right not a privilege. Let’s go Morocco. Thank u.”

HEALTH IS A RIGHT NOT A PRIVILEGE ?? let’s go Morocco ?? thank u @GlblCtzn #ramadanmubarak pic.twitter.com/sES6Mttglc

Like French Montana, Anas Doukkali concurs that healthcare is a “universal right,” and providing Moroccan citizens with an affordable health insurance system is among the pillars of good governance.