Rabat- Moroccan actor Said Naciri, who is the director and producer of the ridiculed “Malhama: Abtal Al Watan” music video said Tuesday that the people who mocked his song are enemies of success and enemies of the Moroccan state. 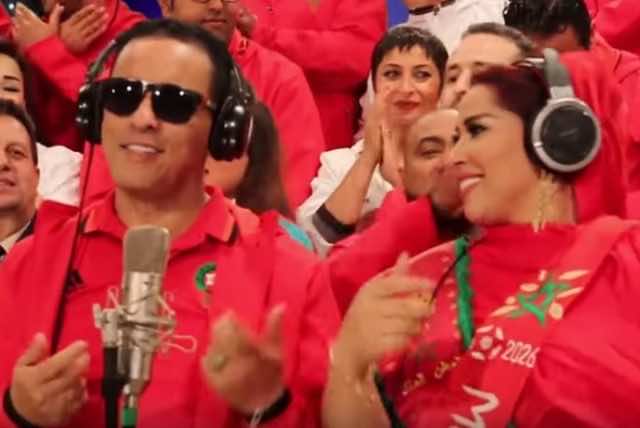 Rabat- Moroccan actor Said Naciri, who is the director and producer of the ridiculed “Malhama: Abtal Al Watan” music video said Tuesday that the people who mocked his song are enemies of success and enemies of the Moroccan state.

In an interview with Moroccan news outlet Ya Biladi, Naciri came to the defense of the Malhama song, describing people who mocked and called it “garbage” and “cringeworthy,” as enemies of their own country, saying that the buzz the music video created signifies its success:

He added that the “70 percent or 80 percent,” before correcting the latter to “60 percent” of people who encouraged the initiative are the real and original Moroccans.

Naciri said that he was not against constructive criticism “because no work can be perfect,” claiming that the celebrities who took part in the music video sang about “depth,” peace, security, and stability, while the ones who mocked them are against national stability: “We should protect our nation from these people who attack similar patriotic works,” he said.

Naciri informed the same source that he first presented the music video to the National Society of Radio and Television (SNRT), however SNRT’s CEO Faycal Laaraichi refused to broadcast it. Naciri said he did not know why it was rejected from the first place: “I do not understand why patriotic works done by great artists are not broadcasted on television,” he chastised.

Naciri said that there was a press conference about the song that was attended by 150 people: “At first, everyone expressed admiration for the song, but once it was released online, it was attacked,” Naciri said.

Naciri told the same source that Malhama had a limited budget, but managed to implement a green screen and new cameras for shooting.

In a different statement to the news outlet Medias 24, Naciri informed the interviewer that the Malhama was financed by Royal Moroccan Football Federation (FRMF), while refusing to reveal its exact budget. One thing is certain: the costs of the video were not high,  judging by Malhama’s features, as many social media commentators pointed out:

Ever since its release on Friday, May 25, the 13-minute-long Malhama music video has attracted more mockery than admiration, contradictory to Naciri’s figures: 70, 80, or 60 percent of people who encouraged the initiative.

Malhama is intended to show support for Morocco’s 2026 World Cup bid and to encourage Morocco’s Atlas Lions, who will play their first match in the World Cup June 15.

Previously, Naciri vaguely defended Malhama on a post on his official Facebook page with a statement equivalent to the French saying “Chassez le naturel, il revient au galop,” or the English proverb “What’s bred in the bone will come out in the flesh,”describing that which is inherent to a person’s nature. Taking his latest statements into account, Naciri was clearly referring to the people he now calls “enemies of the nation.”