Rabat - Moroccans’ support for the national team is indescribable. The number of Moroccan fans who will travel to Russia to support the national team in the World Cup, after 20 years of absence, is expected to exceed 11,000 people, according to English outlet the North Africa Post. 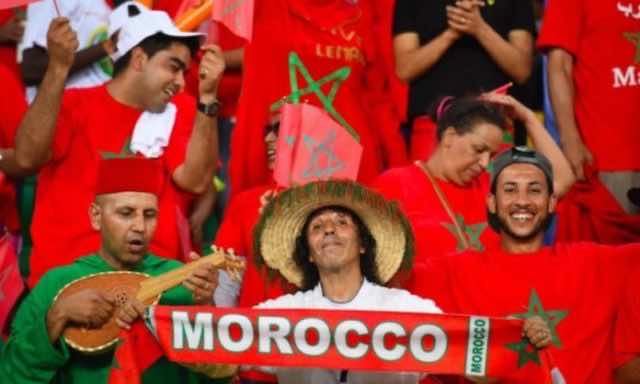 Rabat – Moroccans’ support for the national team is indescribable. The number of Moroccan fans who will travel to Russia to support the national team in the World Cup, after 20 years of absence, is expected to exceed 11,000 people, according to English outlet the North Africa Post.

Approximately 8,500 supporters will travel from the kingdom to attend, while 3,000 others will depart from different European countries. Meanwhile, a sizeable number of Atlas Lions fans are already residing in Russia.

The Moroccan embassy in Russia is preparing to welcome the thousands of supporters who will arrive, noting that the travel will be organized between the cities that will host the games of the Atlas Lions. The embassy has also planned several projects to establish communication units and facilitate countrywide access for Moroccans.

Moreover, a joint collaboration between Morocco’s Ministry of Sports and Youth, the Royal Moroccan Football Federation (FRMF), and Royal Air Maroc (RAM) offers Moroccan fans hoping to travel to Russia the option of flying from Casablanca, Oujda, Tangier, or Marrakech to three Russian destinations for as low as MAD 5,000 roundtrip.

A joint statement from FRMF, RAM, and the ministry said that the flag-carrier will mobilize 13 airplanes to carry 2,500 passengers to see the Atlas Lions’ games in Russia.

The Moroccan national team will play their first game against Iran on June 15 in St. Petersburg. Their second game will be against Portugal on June 20 in Moscow. Morocco will play the last game in the first round of the World Cup against Spain on June 25 in Kaliningrad.