Rabat - The convergence of communication and computing in smartphones has influenced many aspects of students’ social life. A new research paper from Moulay Ismail University in Meknes has studied the behaviors related to smartphone use. 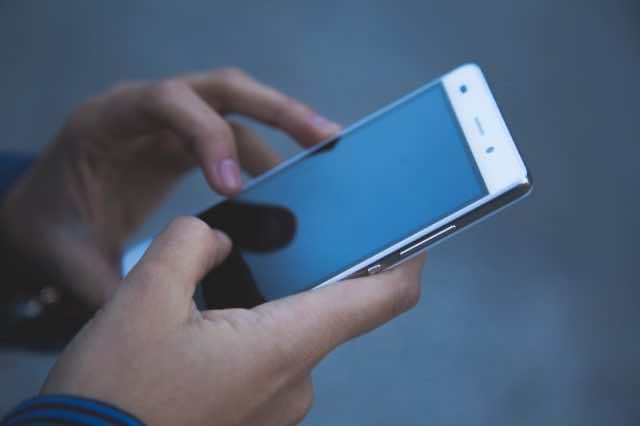 Rabat – The convergence of communication and computing in smartphones has influenced many aspects of students’ social life. A new research paper from Moulay Ismail University in Meknes has studied the behaviors related to smartphone use.

Smartphones are entrenched in students’ daily activities, but their exhaustive use may have problematic repercussions. The study, conducted by Dr. Mohammed Larouz, professor of applied linguistics at the School of Arts and Humanities in Moulay Ismail University of Meknes, and Mohamed Mliless, PhD candidate at the same university, explored problematic use, addiction, and dependency predictors among 254 Moroccan students from the Department of English Studies and 250 students from the National High School of Art and Business (ENSAM) in Meknes.

The study investigated students’ attitudes on the effect of smartphones on their overall well-being on multiple levels: the internet content for which the smartphone was used; the length of use in day and night time; and the impact on social and learning outcomes.

Most of the respondents use social networking sites (SNS) extensively. Constant use of the smartphone to access SNS “augments internet connection and favors access to a big amount of unfiltered and untreated data,” a behavior which may develop into addiction because the technology represents for many respondents a “source of distraction that problematically affects their social relationships.”

Additionally, the study investigated the frequency and length of students’ smartphone use. During the day, there were significant differences between departments and gender. The study concluded “students from the English department and females of both departments spend more time on their devices.” The same holds true for night time use.

Equally important is the length of time that students spend without smartphones, as a parameter to test students’ dependency on the device. “More than half of the respondents said that one hour is the maximum of time they stop using the tool.” Extensive use of smartphones by Moroccan students could be problematic when it comes to the frequency of use, the time spent, and the internet content viewed.

For example, the study comments that “late night use may expose students to sleep disturbance and contributes to the high prevalence of sleep dysfunction since long evening use may fatally increases short sleep duration, promotes later sleep, causes insomnia, postpones sleep, causes lag waking, and potentially affects the psychological and physical well-being.”

In regards to the relationship between students’ learning outcomes and smartphones, respondents largely agreed that having a smartphone “does not help them acquire Information Communication Technology related competences, it does not develop their listening and writing skills, and it does not help them with their homework as well.”

In addition, users can easily manipulate highly sensitive personal information which makes them “victims of cyberbullying and even easy targets for criminal attacks and behavioral or technological addictions.”

On the social level, the researchers acknowledged that the smartphone is a “source of distraction and a means to waste time.” They posit that the device “permits dissemination of fake news, perpetuates immorality, and does not help students build self-confidence.” More importantly, the study claims that the technology “impedes direct social interaction, weakens family ties, favors immorality, and leads to seclusion.”

Although the study deals with a very limited community of Moroccan students, it warns that further research is needed to consider “the excessive use of smartphones among a large community of students given the fact that the behaviors of misuse are preponderant among this population.”

In light of the results, the study concludes that the social and learning implications of smartphones are linked to excessive use and dependency. The study provides a foundation for future researchers and policy makers to “minimize the threats of the technology and to adjust and contain its problematic impacts on students’ overall well-being.” Constant use of the device, anytime and anywhere, puts students’ personal, social, and learning outcomes at risk. 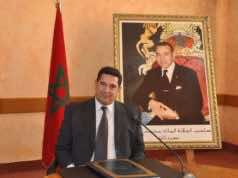 Seizure of more than 2,000 smartphones smuggled into Morocco