Rabat - The 3000-meter steeplechase world vice-champion, Moroccan Soufiane El Bakkali, was prevented last week from going to the United States to take part in the Eugene Diamond League. The US diplomat who refused to issue the visa has offered some explanations. 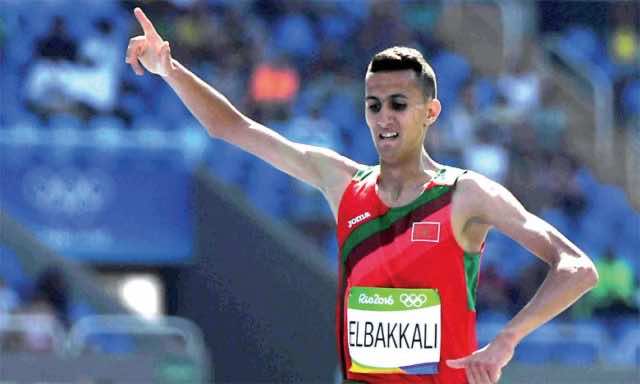 Rabat – The 3000-meter steeplechase world vice-champion, Moroccan Soufiane El Bakkali, was prevented last week from going to the United States to take part in the Eugene Diamond League. The US diplomat who refused to issue the visa has offered some explanations.

Essentially, the denial is due to the increasingly complicated procedures for obtaining US visas imposed by the Trump administration..

Contacted by Morocco World News, the US Embassy has explained that a P-1 visa is required for anyone traveling to the US temporarily to perform in a specific athletic competition as an athlete, individually, or as part of a group or team, at an internationally recognized level of performance.

Despite a letter of invitation and promise of the special  P-1 procedure from the organizers, the athlete has still not received his passport.

However, Moroccan athlete Rabab El Arafi was able to compete in the 1500 meter race. She finished in fourth place, with a time of 3 minutes and 59 seconds, recording the second best women’s performance in Moroccan history.

Meanwhile, El Bakkali has competed in multiple other international sporting events. In 2016, he qualified for the men’s 3,000-meter steeplechase final at the Rio Olympics and placed fourth after a personal best of 8:14:35 minutes.

The 22-year old Moroccan is one of several promising athletes that Morocco has pinned for greatness and  gold on the world stage.