Rabat - Al-Ahly is claiming USD 6 million in the liberation clause to set Walid Azaro free. The Moroccan international player has expressed his wish to leave after a year with the Egyptian club. Now courted by Wydad, will Azaro come back to Morocco? 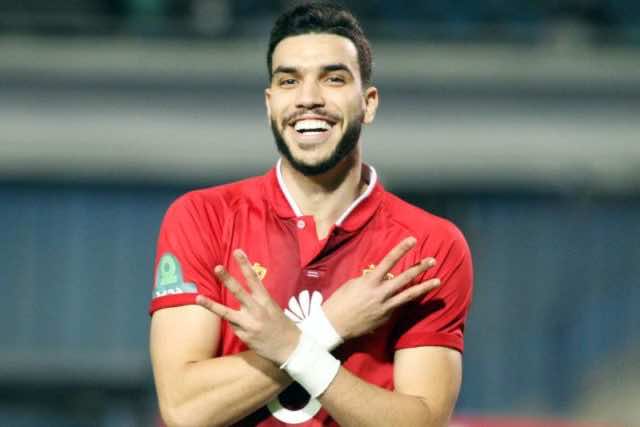 Rabat – Al-Ahly is claiming USD 6 million in the liberation clause to set Walid Azaro free. The Moroccan international player has expressed his wish to leave after a year with the Egyptian club. Now courted by Wydad, will Azaro come back to Morocco?

According to Al Akhbar, Al-Ahly has agreed to release its favorite striker Walid Azaro during the next summer transfer window, especially since he asked for it after the departure of his coach Houssam Al Badri.

Azaro will not be left out. According to the same source, the Atlas Lion was contacted by a football agent who wanted to recruit him for Wydad. However, the price of the football player’s transfer far exceeds the means of the Casablanca club.

Moreover, the Moroccan club has  strong competition, as the Moroccan striker has received a 7 million offer from an unidentified English club.

Since his transfer to Egypt’s Al-Ahly club last summer, Azaro has shown the full extent of his talent as scorer.

Last month, he was named the highest-scoring foreigner in a single Egyptian season. This season, Azaro has outscored both the Angolan striker Flávio da Silva Amado and the Nigerian striker John Utaka, who previously held the record of 17 goals.

A native of Ait Melloul, near Agadir, Azaro began his career with the Adrar Souss club in the highest division of the Moroccan amateur league.

Before joining Al Ahly in 2017, Walid Azaro played for Difaa El Jadidi for a two-year period. He also participated in the final of the CAF Champions League, representing Morocco’s Atlas Lions, in 2017.