Rabat - The Moroccan interprofessional federation of milk (FIMALATI) urged the Minister of Agriculture and Fisheries Aziz Akhannouch to intervene to end the boycott on Centrale Danone milk on Friday. 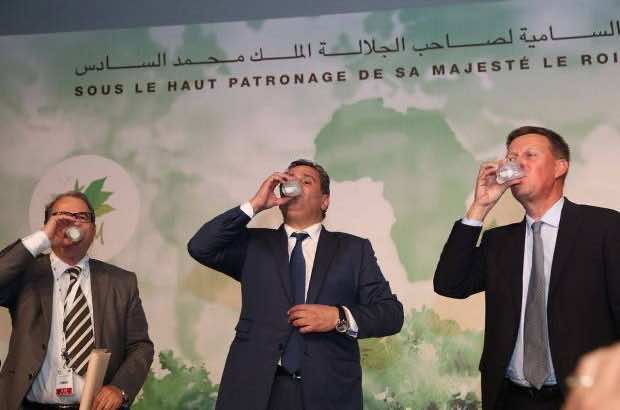 Rabat – The Moroccan interprofessional federation of milk (FIMALATI) urged the Minister of Agriculture and Fisheries Aziz Akhannouch to intervene to end the boycott on Centrale Danone milk on Friday.

In a meeting with the minister, FIMALATI representatives of Moroccan farmers expressed “strong concerns and their distress” following Centrale Danone’s decision to reduce their milk order from farmers by 30 percent.

Minister Akhannouch is also the owner of Afriquia gas, which, along with Centrale Danone, is one of the three boycotted companies due to the high price of fuel.

A statement from the Ministry of Fisheries and Agriculture said that the professionals of the dairy sector exposed the “difficulties experienced by farmers, peasants, and milk producers” due to the boycott.

The meeting also discussed the “devastating impact of the disruption of the production chain on pastoralists, compromising their income, their ability to repay their debts and maintain their investments.”

The farmers have also decried the decline in the income of the entire value chain, added the statement.

Akhannouch denounced the boycott in its early days. Akhannouch said, during the 13th annual International Agricultural Fair (SIAM) held in April in Meknes that the online campaign cannot stop 470,000 employees in the dairy sector.

Akhannouch added that citizens “should be thankful for the fact that there are no milk shortages and the product is available throughout the year.”

The ministry’s official statement followed a similar communiqué published by the government, calling on citizens to end the boycott for the sake of farmers.

The boycott, according to the government, will negatively affect the 120,000 farmers who work for Centrale Danone and care for approximately 600,000 family members.

The cabinet also warned that the boycott will have an impact on direct foreign investment and will lead international investments to look for other profitable markets.

The government, however, have not commented on the consequences of the boycott on Sidi Ali and Afriquia gas, and has singled out Centrale Danone to defend since the launch of the boycott six weeks ago.