Morocco World News
Home News Morocco A Rendezvous with Dates in Ramadan: Their Benefits and Significance

Rabat- Ramadan is that time of the year when all 1.8 billion Muslims can enter the realms of spirituality and introspection, sympathize with the poor, develop patience, and get rid of bad habits. While it is all that and more, Ramadan is also the best time for dates. By
Ahlam Ben Saga
-
Ahlam Ben Saga is a Cultural Studies graduate from university Mohammed V of Literature and Humanities in Rabat.
Jun 2, 2018
Spread the love

Rabat- Ramadan is that time of the year when all 1.8 billion Muslims can enter the realms of spirituality and introspection, sympathize with the poor, develop patience, and get rid of bad habits. While it is all that and more, Ramadan is also the best time for dates.

Dates…those naturally sweet, underrated fruits that finally get their time in the spotlight during Ramadan!

During the holy month, the ftour table is simply not complete without dates, even if just for show. Although they contain an abundance of health benefits, sometimes their potentials are unknown even to people who eat them at every ftour because of their religious significance.

Dates were mentioned 20 times in the Qur’an. Muslims traditionally break the fast with dates since the Prophet Mohammed, peace be upon him, said: “When any one of you breaks his fast, let [it] with dates for that is a blessing; if there are no dates then with water, for that is a means of purification,” as narrated by al-Tirmidhi.

Ironically, the dry fruits keep the body hydrated when fasting thanks to the levels of sugar, making them a means of purification to metabolism in Ramadan.

Dates are known to be a source of minerals, potassium, magnesium, vitamins, iron, and fiber. They ooze with natural glucose, which helps keep the body energized and hydrated during long hours of fasting.

As a matter of fact, the drier dates are, the higher their sugar concentration gets. Diabetic patients are advised to consume dates in moderation, following exercise and a balanced diet. If not, the dates will cause their blood glucose to shoot up, according to the International Diabetes Federation.

Doctors at Weill Cornell Medical College in Qatar (WCM-Q) conducted research on what makes dates healthy other than the fact that they contain vitamins.

The researchers sought to analyze the blood of research participants who ate date varieties after fasting for twelve hours for presence of beneficial phytochemicals, a chemical compound found in plants.

Although the results have not been revealed yet, the research hopes to pinpoint which variety of date fruits contain higher concentrations of beneficial phytochemicals.

A specialist in food science and health, Dr. Sweety Mathew, and a professor of medicine at WCM-Q, Dr. Stephen Atkin, both confirmed that dates “have significant health benefits if incorporated into a healthy diet.”

Dates are not only an excellent fast breaker, they are also an ideal nutrient to add to the suhur meal before fasting.

Where did dates come from?

The date palm, known as nakhla in Arabic, comes from a family of palm trees that can reach 23 meters (75 feet) in height and can live up to 100 years.

Fossil records revealed that the date palm has existed for 50 million years, while the cultivation of dates is traced back to prehistoric Egypt.

Remains of dates from over 7,000 years ago were discovered by archaeologists in Egypt, Saudi Arabia, and Syria. Archaeologists believe that dates have originate in modern-day Iraq, although it is widely believed that Saudi Arabia was the first to introduce them to the rest of the world.

Date palms require a dry and hot climate, and it takes four to eight years to produce fruit. Date palms are found in the Middle East, North Africa, and India; in California, Florida and Arizona in the US; and in Spain.

The date harvest begins when the skin starts to soften, usually in August to December or January in the northern hemisphere.

Fresh dates are either soft with a glossy skin, semi-soft or dry. Fresh dry dates contain less moisture and have a long shelf-life when packaged tightly in a refrigerator, remaining fresh for eight months.

Deliberately dried dates can be kept up in a refrigerator for a year.

Compared to the doubling of the global population over 40 years, date production has increased 2.9 times. Total global exports of dates increased by 1.71% over 40 years.

There are many varieties of dates, each with distinct features and taste.

Deglet Noor is known as the “queen of all dates.” It has a soft, honey-like flavor and is semi-dry.

Deglet Nour is well-known in the Middle East and the Maghreb, but especially in Tunisia, its leading producer. It can also be found in many US stores.

Majhoul dates rival the “queen of dates” in popularity.

Majhoul dates have a caramel-like flavour and coffee-brown color that make the mouth water, especially in Ramadan.

Majhoul are naturally dry dates, due to their firm and wrinkled texture.

Majhoul are also high in calories and fiber. The high fiber levels make it a good solution for health problems such as constipation.

Next to Majhoul, Kholas dates are also widely consumed in Morocco. They look and taste like honey, and have soft sticky flesh. Kholas dates contain high levels of Vitamin A, which is good for the eyes.

Another popular date in Morocco, sukkari dates are sugary as their name suggests. They are crisp and have a very sweet flavor.

These small jewels can be a replacement for sugar and sweets, as they are not only sweet but contain folic acid, protein, iron, and of course, fiber.

Ajwa dates are dark and can be either soft or dry with a smooth taste and sweet flavor. The ajwa date is exclusively found in Saudi Arabia and people on the Umrah pilgrimage break their fast with them in Ramadan.

The ajwa date has a significant place in Islam, as it is said in hadith that the Prophet Muhammed (PBUH) used to break his fast with seven ajwa dates.

This feature is part of an exclusive series at Morocco World News for Ramadan. Also in the series is:

What Tourists Should Expect When Visiting Morocco during Ramadan

10 Places to Have a Delightful F’tour

How Moroccan Pass Their Time during Ramadan 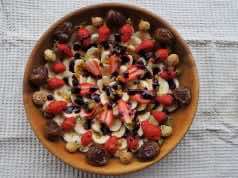 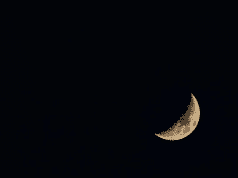 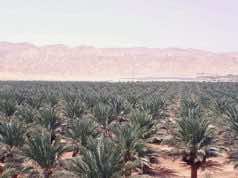 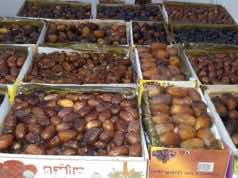