Rabat - Moroccan Ambassador to Spain Karima Benyaich presented her credentials to King Felipe VI of Spain on Wednesday at the Royal Palace of Madrid. 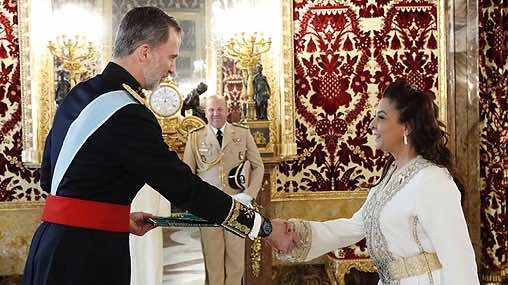 Rabat – Moroccan Ambassador to Spain Karima Benyaich presented her credentials to King Felipe VI of Spain on Wednesday at the Royal Palace of Madrid.

The Moroccan ambassador has also conveyed to King Felipe VI “the message of friendship and fraternity of His Majesty King Mohammed VI and his wishes for progress and prosperity to the Spanish people.”

Benyaich expressed gratitude over her appointment as Morocco’s ambassador to Spain. In a statement to the press, Benyaich said “I am aware of the weight of the honor and responsibility of the mission that his majesty the King, may God glorify him, entrusted to me toward his partner country with which we have a long shared history and with which our relations are distinguished by strategic and pioneering characteristics.”

Benyaich added that her mission aims at “acting in line with the high royal directions to bring relations and multidimensional to the highest level.” She also expressed her commitment to further develop economic and cultural exchanges between the two countries.

The diplomat brings her experience in Morocco’s Ministry of Foreign Affairs and International Cooperation to the position, replacing her brother Fadel, who served as Ambassador to Spain for the past 10 years.

The 55-year old diplomat was Morocco’s ambassador to Portugal since 2008. She also held different positions at the Moroccan Ministry of Foreign Affairs. 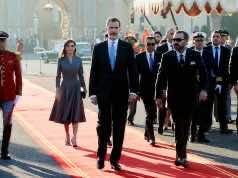 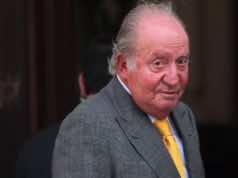