Rabat - The North American trio does not deserve to win the right to host football’s showpiece in 2026. That is the opinion of US veteran women’s goalkeeper Hope Solo. 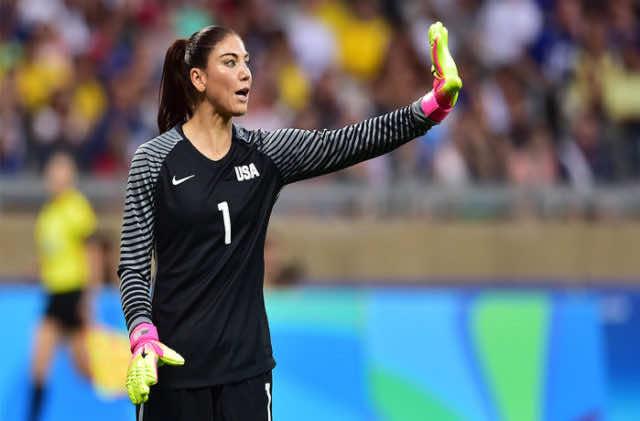 Rabat – The North American trio does not deserve to win the right to host football’s showpiece in 2026. That is the opinion of US veteran women’s goalkeeper Hope Solo.

Solo, who won both the Olympics and World Cup with the US women’s’ football team, is the most decorated football player in the US.

She also ran in the recent election for the presidency of the United States Soccer Federation in February. The legendary goalkeeper came fifth in the eight-candidate contest, with victory going to Carlos Cordeiro, now a co-chair of the North American bid with his Canadian and Mexican counterparts.

Solo pointed out that the game has failed fans and people from poor backgrounds in the US. America’s football, known as soccer, has become an elite club which alienates anyone not in the deeply entrenched power and money circles “running everything.”

Speaking to CNN, Solo said that the US Soccer Federation does not deserve to win the vote. She argued that she prefers the bid whose victory can genuinely impact lives, bring palpable change, and have a meaning for people from deprived backgrounds.

Arguing that the US Soccer Federation serves the interest of a restricted circle of powerful members at the expense of children and fans, she said: “I do have a problem with an organization like that being awarded something so big and I would like to think that there’s another country out there who is more deserving of than the United States.”

She also noted that the federation has “neglected so many people” and that instead of investing in promising young talent from poor communities, the ruling body ensures that “everything goes back to the power structure.” Solo suggests that this elevation of power over talent and passion has turned football in America into a sport of “rich white kids.”

But for all her dismay at her country’s football federation, her feelings are rather mixed. “I can’t say it should be awarded to Morocco. But I don’t think it should go to the United States, and that’s hard to say,” Solo reportedly told the Associated Press.

While Solo has made clear that she is not endorsing Morocco, the only other contender in the fierce scramble to win the hosting rights of the 2026 FIFA World Cup, her opinion is an unwitting nod to the North African bid.

Morocco’s bid officials have constantly argued that a tournament as exciting as the World Cup should start acknowledging those left behind, the parts of the world where the sport has a visible impact on people’s lives.

“The World Cup is not attributed only to the number of seats you offer in stadiums or who makes more money…. The power of sport is also to help develop certain areas of the world,” El Amrani, a Morocco 2026 representative, told reporters last month at a promotion event in Brussels.