Rabat - Lartiste wants the world to know that he is supporting his home country Morocco in the upcoming World Cup. 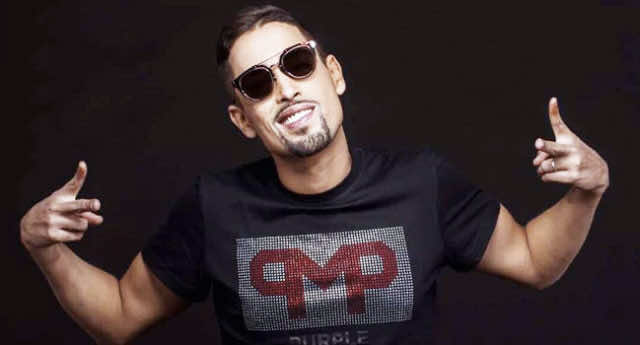 Rabat – Lartiste wants the world to know that he is supporting his home country Morocco in the upcoming World Cup.

Invited to sing on the set of the French show “Chanson de l’année 2018” (Song of the Year 2018), the Moroccan rapper surprised everyone by wearing a pro-Moroccan t-shirt, supporting the Atlas Lions for the football competition.

Singing his hit song “Mafiosa” with Brazilian rapper Carolina, Youssef Akdim, who is called Lartiste, sported a “Keep Calm and Support Morocco” t-shirt during his performance to show that he is all in for the Atlas Lions who will soon compete in the 2018 World Cup in Russia.

Despite not winning the “Song of the Year 2018” award, the singer of “Chocolat” has won the hearts of Moroccan fans who have not failed to show their enthusiasm on social networks.

However, the year has started roughly for the native of Marrakech. In March, he was beaten up and forced to cancel concerts, tours, and interviews. In spite of everything, Lartiste managed to make a gold record with his album Grandestino, and this “without promo and without cheating,” as he said it on Instagram.

Lartiste is a rap singer born July 4, 1985 in a village near Marrakech in Morocco. Raised with music, including raï (Algerican folk music), he moved with his family to Aulnay-Sous-Bois in Paris at the age of six.

After several albums that allowed him to evolve his style and become known, he released his third opus “Maestro” in 2016 with the label of Master Gims, which is a hit. At the end of 2016, Lartiste started his own label, Purple Money, and released “Clandestino” in December, which he performed throughout 2017 on the roads of France.

The record is certified platinum, thanks to his two hits “Clandestina” and “Chocolat,” featuring Awa Imani.

This year, the Moroccan sensation has achieved new success with his hit “Mafiosa,” in collaboration with Carolina. He received a platinum single but also a gold record for his latest opus “Grandestino.”