Rabat - Nigerian president Muhammadu Buhari arrived in Morocco on Sunday for an official visit at the invitation of King Mohammed VI. 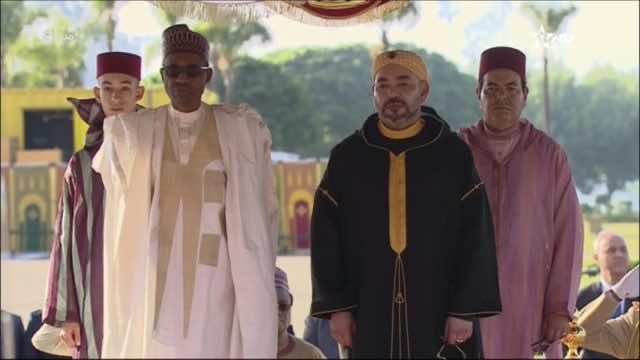 Rabat – Nigerian president Muhammadu Buhari arrived in Morocco on Sunday for an official visit at the invitation of King Mohammed VI.

King Mohammed VI,  who was accompanied by Crown prince Moulay El Hassan and Prince Moulay Rachid,  welcomed Buhari upon his arrival at the Rabat-Sale airport.

A statement published by the Ministry of Household, Protocol, and Chancellery said on Saturday that the Nigerian president will pay a two-day visit on Sunday and Monday.

During the meeting, the two leaders will hold official talks and will co-chair a signing ceremony of several agreements.

The king will also offer an official iftar in honor of the Nigerian president and his delegation at the Royal Palace in Rabat.

The King and Buhari are also expected to hold talks on the Atlantic project, a pipeline which is set to link Nigeria and Morocco and may extend up to Europe.

The agreement to construct the pipeline project was signed in December 2016 during the King’s first official visit to Nigeria.