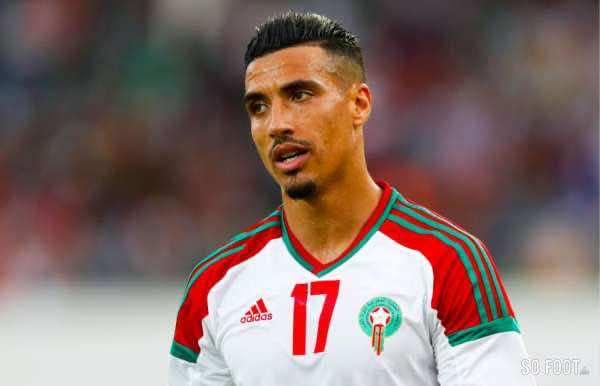 Nabil Dirar has not recovered yet from his injury. The Atlas Lion who missed Morocco’s friendly games against Slovakia and Estonia has been suffering from a knee injury for several weeks.

According to AFP, the Moroccan football player, who landed yesterday in Russia with his teammates, may miss the World Cup games. Hervé Renard has already taken precautions for Dirar’s possible absence. He appealed to Amiens defender Oualid El Hajjam to replace the Fenerbahçe player if his condition does not improve.

El Hajjam, 27, made his debut with Morocco in a friendly game against Uzbekistan (2-0) in March. A reservist, he is, however, not one of the 23 players retained by Hervé Renard for the World Cup.

The Moroccan national football team arrived in Russia on Sunday morning to begin the final round of training for the 2018 World Cup, which will kick off on June 14.

The Atlas Lions’ airplane took off from Tallinn after their final pre-World Cup friendly game against Estonia. They will now start their training sessions.

Morocco, whoich is returning to the World Cup for the first time since 1998, has been placed in Group B of the World Cup. The national team  will face Iran on June 15, Portugal on June 20, and Spain on June 25.