Rabat - Morocco has some valuable players. The national team is the 21st most expensive team out of the 32 that will compete in the 2018 World Cup, according to the International Center for Sports Studies (CIES) Football Observatory. 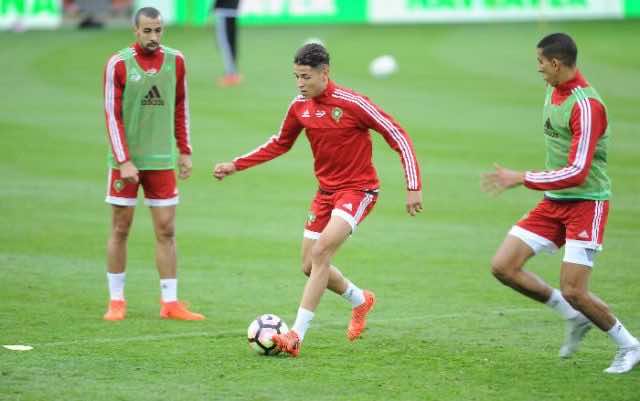 Rabat – Morocco has some valuable players. The national team is the 21st most expensive team out of the 32 that will compete in the 2018 World Cup, according to the International Center for Sports Studies (CIES) Football Observatory.

It is actually the attacking midfielder Amine Harit, who plays in the German club Schalke 04, who costs the most in the national team, representing 18% of the estimated value of the Atlas Lions, with EUR 138 million.

CIES estimated ranking according to players’ transfer value. “The sports performances of both players and their home clubs are included in the algorithm. In addition, other variables such as age and duration of contract are taken into account, as specified in this research note.”.

At the bottom of the rankings are three non-European countries with very few players employed in the most competitive leagues:  Iran (30), Saudi Arabia (31) and Panama (32).

As for the top countries, France came first, estimated at EUR 1.141 billion, thanks to Paris Saint-Germain (PSG) striker, Kylian Mbappé. Mbappé’s cost alone constitutes 13% of the total value of the team.

England follows very closely with an estimated value of EUR 1.39 billion. Third place went to the Brazilians led by Neymar, who alone accounts for 15% of the team’s value, estimated at EUR 1.27 billion.

“The transfer value of all the players who will take part in the World Cup is EUR 12.6 billion,” explains the statement. 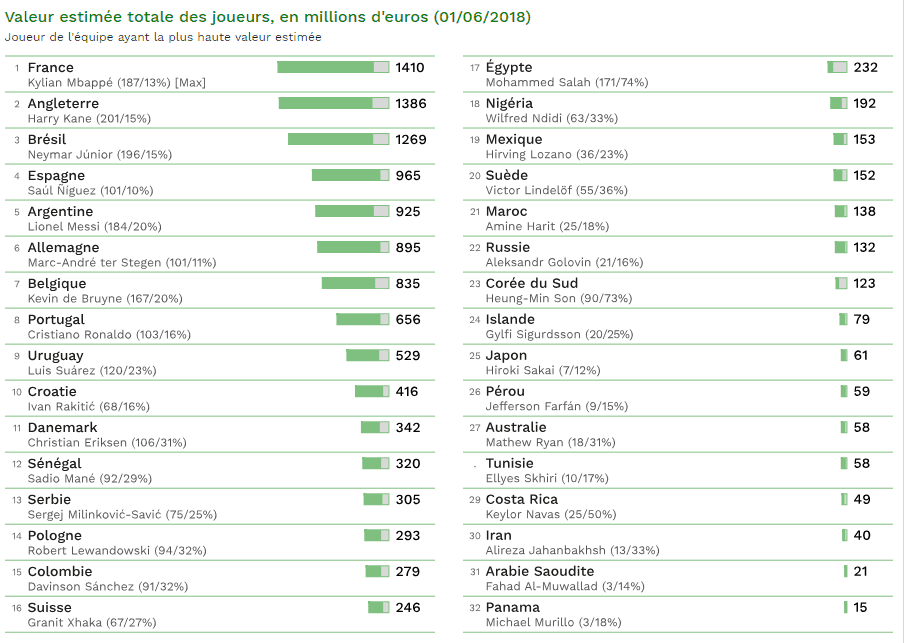 The Moroccan national football team arrived in Russia on Sunday morning and has already started the training sessions for the 2018 World Cup, which will kick off on June 14.

Morocco, which is returning to the World Cup for the first time since 1998, has been placed in Group B of the World Cup. The national team will face Iran on June 15, Portugal on June 20, and Spain on June 25.