Rabat - The eve of the 2018 World Cup will be as important as the tournament itself. Wednesday, June 13, is the day when football associations will decide the future host of the 23rd FIFA World Cup in 2026. 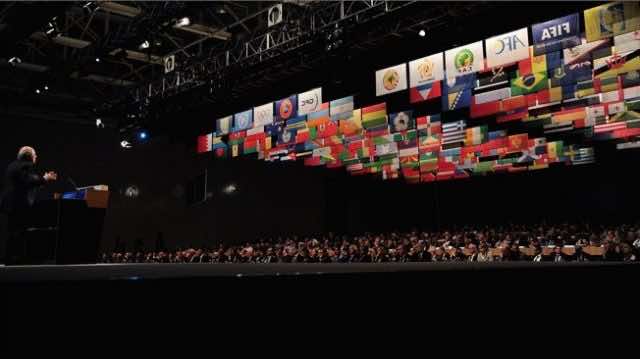 Rabat – The eve of the 2018 World Cup will be as important as the tournament itself. Wednesday, June 13, is the day when football associations will decide the future host of the 23rd FIFA World Cup in 2026.

Only several hours remain until the world knows the 2026 World Cup host. Morocco is optimistic about being the second World Cup host in Africa after South Africa in 2010.

However, the vote to designate the 2026 host association is the 13th agenda item on a long list of FIFA’s administrative activities, coming just before the two last actions: planning the next FIFA Congress in Paris and remarks from FIFA President Gianni Infantino.

The bidding nations—Morocco and the three North Americans—cannot vote. Morocco will need to receive 104 votes to host the tournament. The North African country has at least 20 votes from several European and African countries in its pocket. But Morocco has more than a slim chance to win as 207 federations are set to vote.

However, in case no bid secures enough votes to host the tournament, FIFA will launch a new bidding procedure by inviting all member football associations to submit a bid to host the 206 FIFA World Cup. The nations already bidding, however, cannot submit their files if they lose their chance on June 13.

The question which will be addressed to the 207 associations is: “Do you want to award the right to host the 2026 FIFA World Cup final competition to the bid submitted by the Moroccan Football Association, to the joint bid submitted by the CSA, FEMEXFUT and the USSF (“United Bid”), or to none of them (thus reopening the bidding process, excluding the four-member associations having already submitted a bid)?”

The result of the ballot will be published by FIFA.com after the conclusion of the Congress.

If none of the bids received a simple majority of the vote, the bids will be rejected, which will allow FIFA to open a new procedure to receive new bids.

The fierce competition between the two bids will end tomorrow after a long round of speculations and predictions. Before announcing their eligibility to go to the ballot, FIFA established an unprecedented process, the “task force” evaluation of the bids. Ahead of its assessments, some feared the task force would disqualify the Moroccan bid before the vote due to its lack of infrastructure and stadiums.

The Moroccan bid, however, received a score of 2.7 out of 5, passing the 2.0 cut-off. The high score received by the United 2026, however, is not a matter of concern for Morocco. According to the Moroccan bid committee, a FIFA World Cup is meant to serve countries which seek more development.

Morocco announced its decision to host the tournament in August 2017. Morocco submitted its bid book in the first week of March 2018.

Morocco’s bid book touted the importance of football in Africa and Morocco and explained its readiness for the event. The file says that the country will offer football fans and footballers an unprecedented experience.

The bid book also underscored the importance of stability in the country and the time zone and location of Morocco, which will guarantee commercial success with ideal live-broadcasting times.