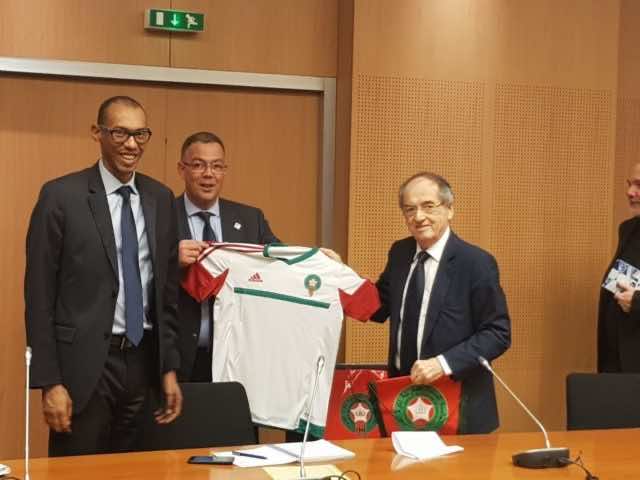 Morocco’s 2026 World Cup bid committee had its last chance to present their bid in front of the UEFA (European) football federations on Tuesday morning in Moscow. The committee received help from Le Garet.

“I raised my hand to speak and I was the only one to do it,” said Le Garet in front of the federations.

He continued to say: “I once again presented the position of France and the friendly relations we have with Morocco, as with most African countries, saying that this may be the time to give back to Africa what it has given to European football.”

According to the Frenchman, Morocco can count on “about half” of the 55 associations affiliated with the European group.

“People do not reveal themselves totally but that is the trend,” he added.

“I cannot imagine not supporting a country so near to us. Africa has only ever hosted one World Cup in all of FIFA’s history (in South Africa in 2010)—that is not a lot. Morocco is ready, even if it does not have some of the resources that it’s adversaries do. France is only one voice, but maybe it can inspire others to also support the Moroccan bid,” said the chief of FFF.

France became the first European country to announce its support for Morocco 2026 in April.

Former French President Francois Hollande  said during his visit to Morocco in April: “I have every confidence in this bid and France will be on your side.”

Morocco asserted that the meeting with the UEFA associations was successful. Voting will take place tomorrow at the 68th FIFA Congress.

“Excellent meeting this morning with the UEFA,” wrote member of the Moroccan bid committee Moncef Belkhayat on Twitter.