Rabat- Moroccan fans of the Atlas Lions are hyped up in Moscow, one day before the start of the World Cup 2018 tournament and two days before Morocco’s first World Cup match against Iran on June 15. 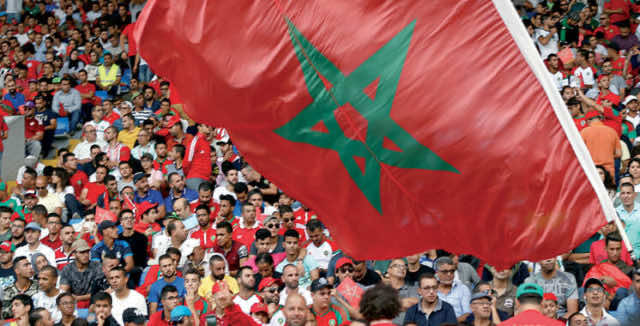 Rabat- Moroccan fans of the Atlas Lions are hyped up in Moscow, one day before the start of the World Cup 2018 tournament and two days before Morocco’s first World Cup match against Iran on June 15.

The Moroccan mile-race Olympic champion and world record holder Hicham El Guerrouj shared on his Twitter account a video of Moroccan fans chanting “I love a red flag,” from a popular Moroccan song.

The Atlas Lions are playing in the World Cup for the first time since 1998.

El Guerrouj’s 17-second clip captured the fans as they held the Moroccan flag together and jumped up and down in sheer enthusiasm in Moscow, where a few Russian passersby got to witness the jovial cheering.

The Atlas Lions will play against Portugal in their second game on June 20 and against Spain on June 25 in the final first-round match.

Recently, many Moroccan celebrities displayed support for the national team in their own way, including French-Moroccan rapper Lartiste who wore a T-shirt reading “Keep calm and support Morocco” during his performance on the French show “Chanson de l’année 2018” (Song of the Year 2018).

In addition, many artists, such as Said Naciri, Abderrahim Souiri, and Leila Haddioui, joined together in a music video, Malhama Abtal Al Watan (Saga: Heroes of the Nation), which received nationwide ridicule and criticism for its “lack of creativity.” 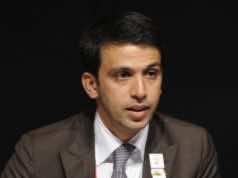