Rabat - After adjusting its timetable for Ramadan, the National Office of Railways (ONCF) has changed its schedule for Eid Al Fitr, expected to be celebrated in Morocco Friday June 15. 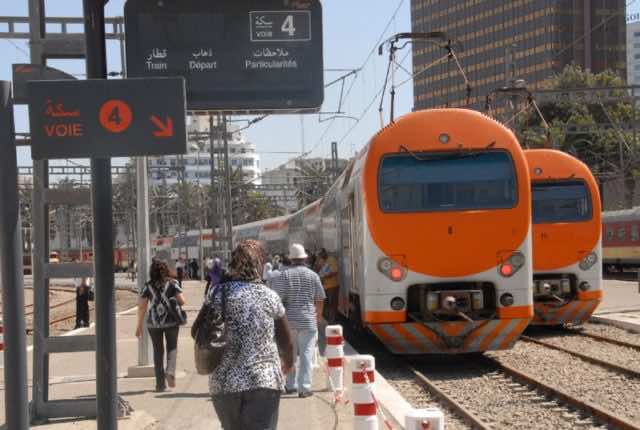 Rabat – After adjusting its timetable for Ramadan, the National Office of Railways (ONCF) has changed its schedule for Eid Al Fitr, expected to be celebrated in Morocco Friday June 15.

ONCF has announced a “special Eid” transport plan, in effect from June 12 to 17,  in anticipation of the high numbers of travelers that usually take the train this period.

The plan increases the number of trains on the main axes of the railway network (Casablanca- Rabat-Fès-Marrakech-Tangier-Oujda and Nador), said the ONCF in a statement to Maghreb Arab Press (MAP).

ONCF will also increase the number of employees responsible for the reception and orientation of travelers in train stations and on board trains and add ticket sales counters, ticket vending machines, and the option of buying tickets online at  “www.oncf-voyages.ma.”

In addition, the railway police force will be strengthened to maintain the safety and security of travelers both at railway stations and on trains.

For some travelers, such as families, young people, seniors, and students, ONCF is offering a range of low prices, according to the release.

ONCF asked customers to check schedules ahead of time, buy tickets in advance, and take the trains whose number is on the ticket.