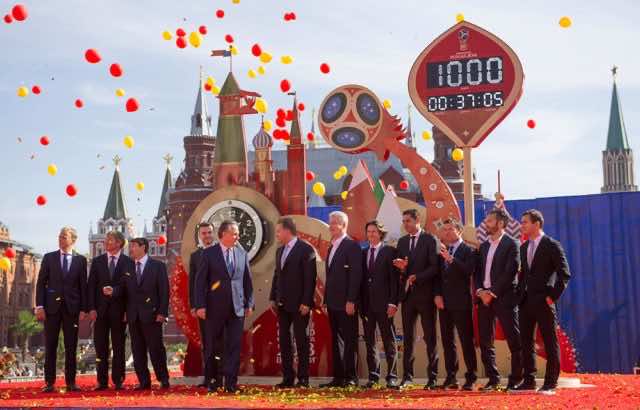 Standing on a giant half-football in the middle of the Luzhniki Stadium, dressed in a burgundy leopard skin suit and surrounded by dancers in shiny red costumes Robbie Williams welcomed fans and footballers alike.

Following a rousing presentation of Let Me Entertain You, Williams was joined by Russian soprano Aida Garifullina, a vision in white for a duet of Robbie’s chart-topping single “Angels.”

With 20-minutes till kick off, the opening ceremony ended with Ronaldo (the original, Brazilian version) joining Robbie and Aida.

Ronaldo passed the ball to the Russian World Cup mascot Zabivaka, which might have been a symbolic “first kick.”

About 80,000 people are expected to be in attendance at Moscow’s Luzhniki Stadium as the host team Russia faces Saudi Arabia in the first match of the 2018 FIFA World Cup.