Rabat - Morocco’s Minister of Culture and Communication Mohamed Laaraj will not take part in the meeting of communication ministers in the Coalition Supporting Legitimacy in Yemen on June 23 in Saudi Arabia.

Rabat – Morocco’s Minister of Culture and Communication Mohamed Laaraj will not take part in the meeting of communication ministers in the Coalition Supporting Legitimacy in Yemen on June 23 in Saudi Arabia.

A statement from the ministry said that Morocco’s decision is due to its busy agenda.

A civil war, which began in 2015, is devastating Yemen. This week, Saudi Arabia’s coalition forces launched a massive ground and air offensive to force the Iranian-backed Houthi rebels out of Yemen’s third largest city Hudaida.

Morocco has sent troops to contribute to the Saudi-led coalition in Yemen. However, Moroccan analysts have been urging the country to withdraw its troops from Yemen since Saudi Arabia’s vote for Morocco’s rival to host the 2026 World Cup.

There is also tension between the two countries because Morocco has remained neutral in the Gulf crisis, when the Saudi-led Gulf coalition stood against Qatar and accused it of financing terrorist groups.

The ministry’s decision not to attend the Yemen meeting came a day after United 2026, the North American bid, won the rights to host the 23rd FIFA World Cup.

Saudi Arabia’s persuasion led to the United Arab Emirates, Kuwait, Bahrain, Lebanon, Jordan, Pakistan, and Afghanistan voting for United 2026 at the vote, which took place on June at the 68th FIFA Congress.

The lobby against Morocco from another Arab country “felt like being stabbed in your back by a brother,” Moroccan sources said after the vote.

Saudi Arabia launched a last-minute campaign hosting parties on June 11 and 12 to convince countries to vote for United 2026.

After the vote, some countries that changed their heart and voted for United 2026 on June 13, denied having voted for North America, blaming the electronic voting system.

Lebanon and Guinea alike denied voting for North America. President of the Guinean Football Federation Antonio Souare told Guinee7 that there must be something wrong with the voting system.

“Guinea did not vote for the Americans. It is not possible. There is total confusion here with electronic voting.”

For his part, Secretary General of the Lebanese Football Association Jihad El Shahf told Football Lebanon that his country voted for Morocco’s bid.

Botswana, which had pledged support for Morocco, also changed its heart during the vote to back United 2026. 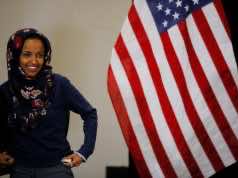