At least seven pedestrians including Mexico football team supporters who flocked to the Russian capital city to watch the World Cup 2018 games have been injured, reported Russian news agencies, TASS and Interfax.

Russian police authorities informed the press that the driver had lost control of the vehicle before it hit the victims who are currently being hospitalized.

Authorities said that the driver tried to escape the scene before officials detained him on the spot.

Russia Closes Border with China to Prevent Spread of Coronavirus 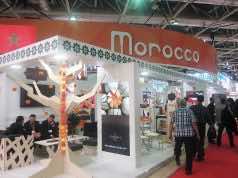