Rabat - Two days before Morocco’s second game against Portugal in the 2018 World Cup, the Moroccan national team needs as much support as it can muster. 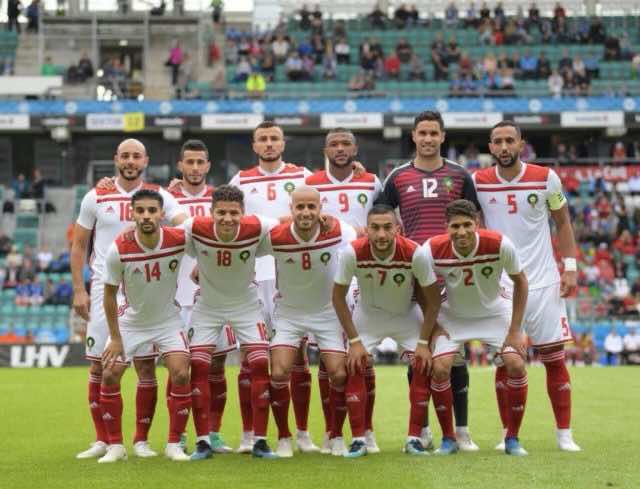 Rabat – Two days before Morocco’s second game against Portugal in the 2018 World Cup, the Moroccan national team needs as much support as it can muster.

FIFA has, therefore, decided to invite former Atlas Lions icons to watch the much-anticipated confrontation with Portugal (June 20) and Spain (June 25) in VIP seating at the Luzhniki Stadium and Kaliningrad Stadium, respectively.

According to the Royal Moroccan Football Federation (FRMF), former Moroccan international football player Houssine Kharja and former goalkeeper and coach of the national team, Badou Zaki have responded to FIFA’s invitation and will be present to support Hervé Renard’s team.

Kharja will attend the Morocco-Portugal game, while Zaki has been invited to the Morocco-Spain game, which will take place five days later. Former Atlas Lions footballer Noureddine Naybet was supposed to attend the first match with Iran (1-0) but did not make it.

In another statement, FRMF quoted its president Fouzi Lekjaa, who encouraged the Moroccan football team to keep their spirits up after losing their first 2018 World Cup game against Iran.

Lekjaa emphasized that “until now, Moroccans have been proud of the performance of the Atlas Lions, who qualified for the final phase of the World Cup alongside thirty-two other teams after twenty years of absence.”

The president of the FRMF also encouraged players to give Moroccan fans “moments of joy and happiness” during the competition.