Washington D.C - Last Wednesday, June 13, Moroccans were disheartened to see their country lose the race to host the 2026 FIFA World Cup. Millions of Moroccans were aware that the Morocco 2026 bid could not compare to the joint proposal of the US, Canada, and Mexico, known as United 2026, in terms of existing infrastructure. However, they were hopeful Morocco would create a surprise and win a majority of votes. 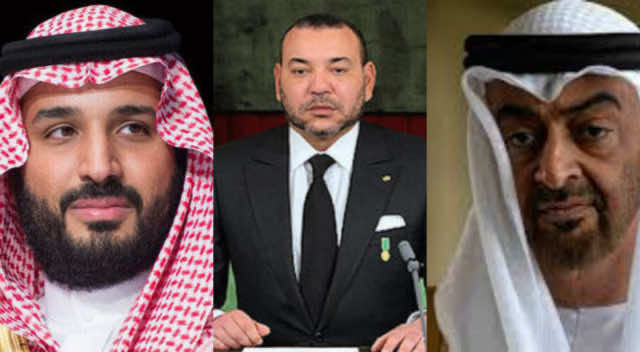 Washington D.C – Last Wednesday, June 13, Moroccans were disheartened to see their country lose the race to host the 2026 FIFA World Cup. Millions of Moroccans were aware that the Morocco 2026 bid could not compare to the joint proposal of the US, Canada, and Mexico, known as United 2026, in terms of existing infrastructure. However, they were hopeful Morocco would create a surprise and win a majority of votes.

The Moroccan people pinned their hopes on the organization of the World Cup as an opportunity to boost Morocco’s economy, resulting in the creation of more than 100,000 jobs.

What Moroccans did not expect was that a country considered hitherto as a “brotherly” country and one of Morocco’s most strategic allies would betray them in the most brazen manner. Saudi Arabia left no stone unturned to prevent Morocco from organizing the World Cup. It not only announced support for the United 2026 bid, but intensified its efforts to persuade other countries to vote against Morocco.

What happened in Moscow and the power play that has been taking place in Saudi Arabia since Mohammed bin Salman became crown prince last June indicates that the relations between Morocco and Saudi Arabia have taken a new turn.

The time has come for Morocco to officially and unequivocally announce its withdrawal from the Saudi-led coalition to oust the Houthi rebels in Yemen. At first, Morocco’s involvement stemmed from its belief that the war would be limited to air strikes lasting a short period of time.

However, Saudi Arabia and the United Arab Emirates were not only fighting the Houthi rebel group, but also devastating the country as a whole while committing war crimes against the Yemeni people. The two countries are playing a dangerous game in Yemen and in other countries; they have a subversive agenda and seek to destabilize all the countries that do not fall in line with it.

For example, after Morocco supported them in their war against the Houthis in Yemen, Saudi Arabia and the UAE expected Morocco to side with them in their brazen blockade of Qatar. But Morocco acted wisely and decided to remain neutral, offering to help the opposing parties overcome their crisis.

Morocco’s decision to remain neutral was intentional. It reflects a new direction in Morocco’s foreign policy towards making decisions independently of Saudi Arabia.

The votes of Saudi Arabia, the United Arab Emirates, and Bahrain against the Moroccan World Cup bid were clearly meant to punish Morocco’s decision to remain neutral in the Gulf crisis and act independently.

The new orientation of Saudi Arabia’s foreign policy under Mohammed bin Salman’s leadership is worrisome and risks plunging the whole Middle East and North Africa region into chaos and turmoil.

Morocco should by no means be associated with a country accused of committing war crimes in Yemen and of starving civilians there. Neither should Morocco be associated with the subversive agenda of the UAE and Saudi Arabia in the whole Arab world, be it in Qatar, Tunisia, Libya, Yemen, Lebanon, or Syria.

To achieve this goal, the first step that Morocco should take is to withdraw completely from any alliance led by Saudi Arabia and the United Arab Emirates. No more Moroccan men should die to defend these countries. No more decision should be made to please the Saudis or Emiratis.

Morocco should never follow these two countries’ foreign policy agenda, which is mainly inspired and manipulated by the Washington-based right-wing research center “Foundation for the Defense of Democracies” (FDD). This is the same think tank that helped orchestrate the Saudi-Emirati media campaign against Qatar since 2011.

The center recommends policies for Riyadh and Abu Dhabi to adopt in the Arab world. The think tank was also behind the frenetic media and political campaign to convince the American president and his entourage to withdraw from the 2015 Iran nuclear deal.

This center and its financiers have one main goal: to achieve regime change in Iran and prevent Iran from acquiring the atomic bomb. One of the biggest financiers of the center is Sheldon Adelson, who serves first and foremost the Israeli agenda. Adelson was a major donor to President Trump’s presidential campaign, and was behind his decision to relocate the US embassy from Tel Aviv to Jerusalem.

There are many reasons why Mohammed bin Salman considers Trump his first patron, which led him to betray Morocco. In addition to gaining U.S. support that helped Mohammed bin Salman seize power, Saudi Arabia’s goal is to convince the United States to overthrow the regime in Iran, which would be difficult and even impossible, given the strength of Iran.

The decision to take a confrontational stance against Iran was not made in Riyadh or Abu Dhabi, but in Washington, D.C. It was made and promoted by the FDD whose backers and experts make the reckless Saudi and Emirati leaders believe that the right path to challenge Iran’s subversive agenda in the region is to provoke regime change.

FDD’s ultimate goal is not to achieve the well-being and perennial stability of these two countries, but to eventually enable Israel to have the upper hand in the whole region. But the Saudis and the Emiratis take the bait.

In addition, Saudi Arabia lavishes billions on Trump and on many research centers, and lobbies to distract Americans from the JASTA Law enacted by the US Congress less than two years ago. The law gives the families of American victims of 9/11 the possibility to sue the Saudi government for its involvement in the terrorist attacks.

Moreover, Morocco, for which one of Jerusalem’s gates holds the name of its people “Moroccans’ Gate,” should not be linked to any policies aiming at abandoning the Palestinian people and betraying them in order to help the 32-year-old Saudi prince consolidate his power.

However, this does not mean that Morocco should enter into a tug-of-war with these countries. Rather, it must deal with them in a wise and pragmatic way, making foreign policy decisions that serve its strategic interests and that preserve its dignity and the dignity of its people.

Morocco’s bilateral relations with these countries should be built on mutual respect and mutual interest, rather than on empty slogans, blackmail, and provocations.