Rabat- The Atlas Lions’ doctor, Abderrazak Hifti, has defended the team’s medical staff after he received a letter from FIFA which disagreed with the staff’s handling of midfielder Nordin Amrabat’s head injury. 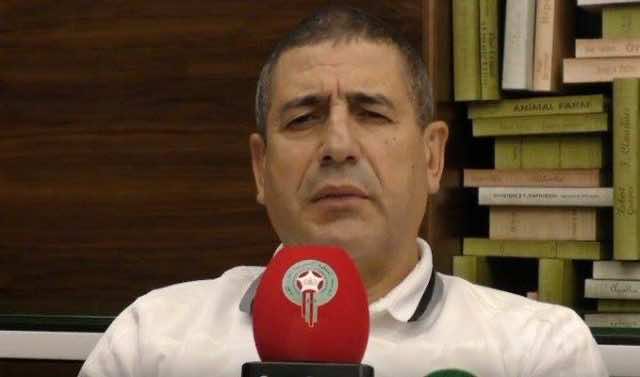 By
Ahlam Ben Saga
-
Ahlam Ben Saga is a Cultural Studies graduate from university Mohammed V of Literature and Humanities in Rabat.
Jun 19, 2018
Spread the love

Rabat- The Atlas Lions’ doctor, Abderrazak Hifti, has defended the team’s medical staff after he received a letter from FIFA which disagreed with the staff’s handling of midfielder Nordin Amrabat’s head injury.

President of FIFA Council Michel D’Hooghe recently wrote a letter to the Royal Moroccan Football Federation (FRMF) to express his “shock” on how the team’s medical staff handled Amrabat’s concussion.

In response, Hifti said in a video statement: “we have received a letter from FIFA which reminds us of  the [medical] procedures it has provided us during the congress in Sochi…we have respected the procedures point-by-point and our intervention was correct.”

Hifti added that he would have been granted the right to examine Amrabat for three minutes on the pitch based on the new FIFA law:

“Since [Amrabat] was lying on the margin of the pitch we did not need the three minutes…I asked him five questions and he could only answer one, I saw clear symptoms of cerebral concussion.”

He concluded: “We can never make a decision that would put a player’s health at risk.”

Hifti also commented on the health conditions of other players, such as Nabil Dirar and Manuel Da Costa, saying that Dirar is “ready a hundred percent” and Da Costa has a small injury which does not warrant concern.

FIFA’s letter expressed similar views to a number of international newspapers and online commentators, such as Britain’s Telegraph and the Sun.

In the 76th minute of the Moroccan national team’s opening game against Iran, Amrabat fell and slammed his head into the ground. He lost consciousness for several minutes, and the medical team rushed him to the sidelines where they repeatedly slapped and sprayed his face with water. 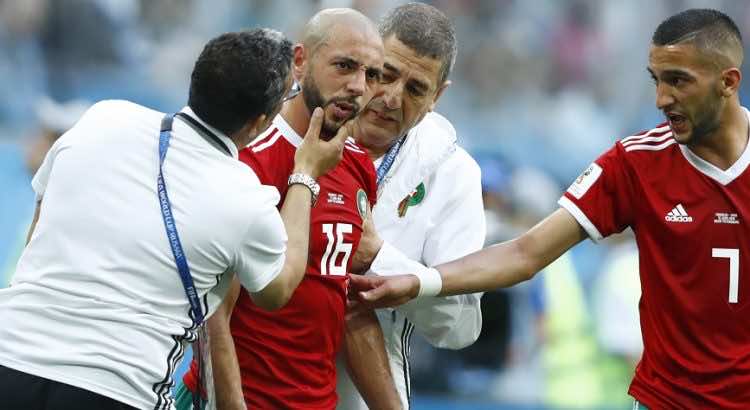 The London-based tabloid the Sun called it a “bizarre attempt” to treat the player who “apparently” suffered a concussion during Morocco’s 0-1 defeat to Iran on June 15.

“After being led to the sidelines, viewers were left bemused as he was sprayed in the face with water…More bizarrely, Amrabat was then repeatedly slapped in the face for his troubles.”

“A bit of a slap and a bag of ice on his head sitting on the sideline is not going to do the trick.”

“Morocco’s physios trying to knock the concussion out of Amrabat.”

“Safe to say Morocco’s concussion protocol needs a little work. Don’t think slapping Amrabat in the face and spraying him with water will do the trick,” another Twitter user wrote.

Although Hifti said that Amrabat should still rest for a week, the Atlas Lion who left the hospital last Saturday will join his teammates for the match against Portugal on Wednesday.